TECH Analysis shows 12% could vote without paper backup in 2020

Analysis shows 12% could vote without paper backup in 2020 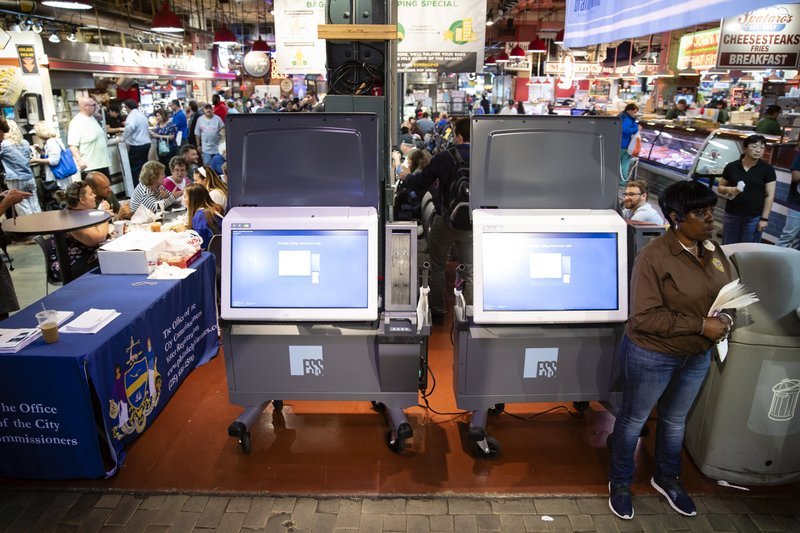 In this June 13, 2019, file photo, ExpressVote XL voting machines are displayed during a demonstration at the Reading Terminal Market in Philadelphia. (Photo: AP)

More than one in 10 voters could cast ballots on paperless voting machines in the 2020 general election, according to a new analysis, leaving their ballots more vulnerable to hacking.

A study released by the Brennan Center for Justice at NYU School of Law on Tuesday evaluates the state of the country’s election security six months before the New Hampshire primary and concludes that much more needs to be done. While there has been significant progress by states and the federal government since Russian agents targeted US state election systems ahead of the 2016 presidential election, the analysis notes that many states have not taken all of the steps needed to ensure that doesn’t happen again.

The report also notes that around a third of all local election jurisdictions were using voting machines that are at least a decade old, despite recommendations they be replaced after 10 years. The Associated Press reported last month that many election systems are running on old Windows 7 software that will soon be outdated.

“We should replace antiquated equipment, and paperless equipment in particular, as soon as possible,” the report recommends.

The analysis comes as Congress is debating how much federal government help is needed to ensure state election systems are protected. Democrats have put forward legislation to require paper balloting, give more assistance to the states and give them more money to make improvements. But some Republicans, including Senate Majority Leader Mitch McConnell, are wary of too much federal intervention and have said no more funding is needed.

Using voter registration and turnout data, the Brennan Center estimates that as many as 12% of voters, or around 16 million people, will vote on paperless equipment in November 2020. Security experts have said that paper-based systems provide better security because they create a record that voters can review before casting their ballots and election workers can use them to audit results.

Still, the number represents an improvement from 2016, when 20 percent of voters cast ballots on paperless equipment. In the last presidential election, 14 states used paperless voting machines as the primary polling place equipment in at least some counties and towns. In 2020, the Brennan Center estimates, that number will drop to no more than eight.

The states that could still have some paperless balloting are Indiana, Kansas, Kentucky, Louisiana, New Jersey, Mississippi, Texas and Tennessee.

Three states, Arkansas, Delaware and Virginia, transitioned to paper-based voting equipment since the 2016 election. And Georgia, South Carolina and Pennsylvania have committed to replacing equipment by the 2020 election.

Homeland Security officials notified election officials in 21 states in 2017 that their systems had been targeted by Russia. Authorities have since said they believe all states were targeted to varying degrees.

Russian President Vladimir Putin, responding to a question from the AP during a meeting with chief executives of international news agencies in St. Petersburg in June, denied that his government interfered in the 2016 US presidential election despite the extensive evidence to the contrary. Putin also insisted that Moscow has no intention of interfering in any future elections, saying that “we didn’t meddle, we aren’t meddling and we will not meddle in any elections.”