A recent study published in Science reveals that early human activities across the globe have had impacts on the environment for the last ten thousand years. 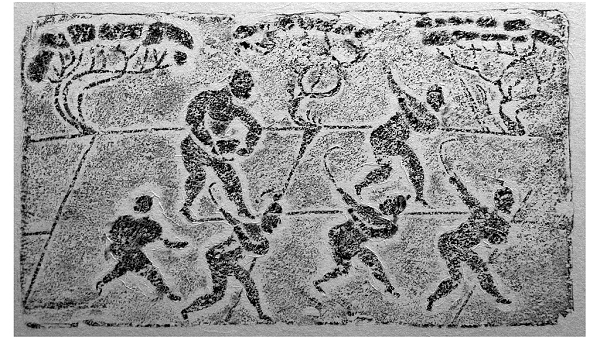 It is commonly believed that crisis like climate change, global warming, and renewable energy which dominate the national conversation are exclusive to the modern world. However, scientists have found that ancient civilizations were already impacting on the environment.

A team of 250 researchers, led by Lucas Stephens from the University of Pennsylvania, studied land use before the industrial revolution.

"Through this crowdsourced data, we can see that there was global environmental impact by land use at least 3,000 years ago," says Gary Feinman, MacArthur Curator of Anthropology at the Field Museum and co-author of the study, "and that means the idea of seeing human impact on the environment as a newer phenomenon is too focused on the recent past."

As human society transformed from hunting and gathering societies into farming ones, people learnt to develop natural resources – they started to clear out forests in order to graze animals and plant food.

"About 12,000 years ago, humans were mainly foraging, meaning they didn't interact with their environments as intensively as farmers generally do," Feinman added, "and now we see that 3,000 years ago, we have people doing really invasive farming in many parts of the globe."

"We saw an accelerated trajectory of environmental impact," said Ryan Williams, head of anthropology at the Field Museum and co-author of the study. The study tries to make a timeline of when human started significantly reshaping and impacting the natural environment, which can provide lessons and solutions for land degradation and overuse today.

Now that scientists have learnt the primal state of environmental impact, they may use the data to study the solutions that ancient civilizations used when they faced crises such as deforestation, water scarcity and more.

As Feinman indicated, "I think this study provides a check, a counter-weight to that, by showing that yes, there have been more accelerated changes in land use recently, but humans have been doing this for a long time. And the patterns start 3,000 years ago. It shows that the problems we face today are very deep-rooted, and they are going to take more than simple solutions to solve."