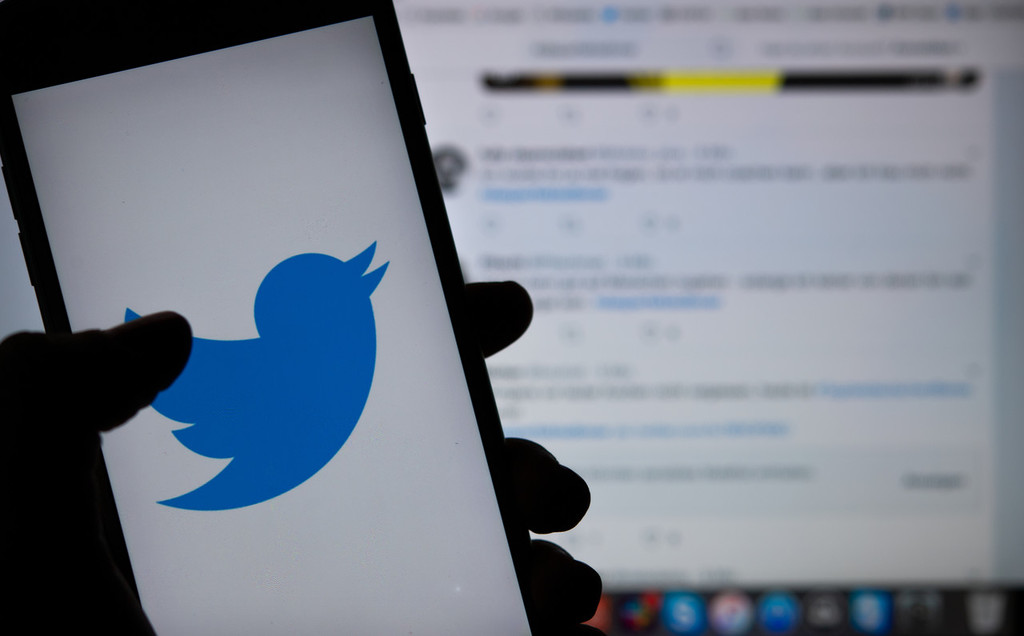 The logo of Twitter on a smartphone screen. (Photo: IC)

Twitter announced last month it has suspended nearly 1,000 user accounts, claiming they belonged to a "state-backed information operation" to spread disinformation about the ongoing protests in Hong Kong.

Based on the findings of a research paper from Oxford University, however, this allegation is looking a little weak.

The research paper, "Chinese computational propaganda: automation, algorithms and the manipulation of information about Chinese politics on Twitter and Weibo", revealed that, contrary to Twitter's claim, most of anti-China tweets on Twitter are released by automated or bot accounts.

Co-authored by Gillian Bolsover and Philip Howard, two scholars from the Oxford Internet Institute, the paper studied whether China uses automated accounts for publicity and was published in the journal Information, Communication and Society in September 2018.

After analyzing posts and comments on Twitter and Weibo, the paper came to the conclusion that "contrary to expectations and previous news reports, no evidence was found of pro-Chinese-state automation on Twitter". However, a large amount of automation on Twitter was associated with anti-Chinese and published in simplified Mandarin, targeting Chinese users from the Chinese mainland and overseas, the paper said.

"These users come to Twitter seeking more diverse information and an online public sphere, but instead they find an information environment in which a small number of anti-Chinese-state voices are attempting to use automation to dominate discourse," it said.

Data analysis from the research showed 71 out of the top 100 accounts on Twitter that posted content regarding China and Chinese politics posted all or almost all of their posts using third-party automation platforms, including twittbot.net, IFTTT (If This Then That) and dlvr.it. It also found "many of these accounts appeared to be using custom automation scripts".

The paper also listed a number of characteristics of automation previous research has found: Compared with human Twitter users, the automated accounts tend to post more frequently; post around the clock; post content on only one or a few topics and have a higher percentage of retweets in their posts. In addition, these accounts often use similar bios and avatars, and tweet anti-Chinese content under the hashtag "human rights".

Under the guise of "democracy" and "human rights", they attach links to the Universal Declaration of Human Rights and human rights campaigns in their posts and pretend to be the embodiment of "justice". Their real intent is to incite anti-Chinese sentiment across the world and manipulate global public opinion on China.

Twitter's removal of China-linked accounts has other side effects. Many ordinary users were affected by the removal, including Luka Ivezic, a 24-year-old student from King's College London. Luka's father is concerned the account suspension will become a stain on Luka's background and hinder his career.

The BBC interviewed Luka, whose account appeared on Twitter's list and was suspended after four of his tweets were flagged.

However, according to the listed tweets picked up by Twitter's moderators, the account was never used to tweet — or, it appears, retweet — anything remotely connected to the situation in Hong Kong, the report said.

"It is a bit ironic that something like this would happen to me," Luka told the BBC.

"From going through the data sets Twitter has released, it doesn't seem like [Twitter] was particularly precise. Some of it seems to have little or no connection to the protests," Elise Thomas of Australia's International Cyber Policy Center, a think tank which studies misinformation around the world, said in an email to the BBC.

While allowing bot accounts spreading anti-China misinformation, Twitter deletes posts and accounts that support Hong Kong police and suspends accounts that had nothing to do with the unrest there. It does make one wonder if Twitter is as neutral as it claims.