BEIJING－As Beijing embraced the first winter snowfall on Nov 29, Zhou Bo, a volunteer who tests people for HIV, was busy in his well-heated downtown office. 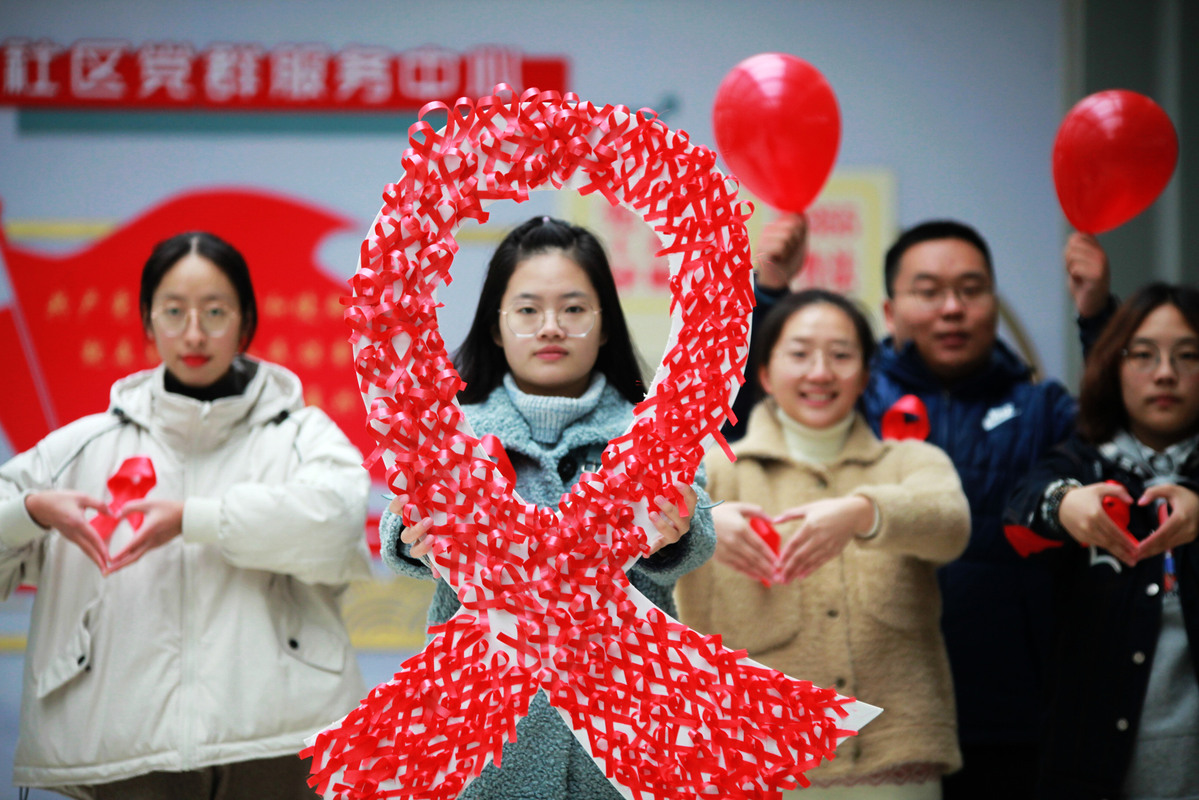 College students display red paper ribbons they made at an event held at Chunjiang community in Yangzhou, Jiangsu province, on Nov 30 to raise public awareness of HIV/AIDS. (Photos: China Daily)

"I have already received nine people today, and five more are expected according to the reservation system," he said. Zhou said about 10 to 15 often show up for HIV tests on workdays, and 20 to 30 on Saturdays and Sundays.

He became a volunteer eight months ago when one of his friends was infected with HIV. He had no knowledge of the virus but wanted to help. "I've learned a lot here and helped a lot of people," he said.

The lab where Zhou works belongs to a nongovernmental institution working in AIDS control and prevention in China. It also operates Blued, one of the country's biggest gay dating apps. The location-based app allows anyone to make an anonymous appointment for a HIV test.

Blued has nearly 40 million registered users, 60 percent of them in China.

"Blued's anonymous reservation and testing service can reach certain groups that are difficult to reach through traditional means, and is more efficient and convenient," he said.

Zhang used to work for the city's health and disease control department. He said Beijing has four labs, which offered free testing to 8,000 people last year.

Gao Fu, head of the country's disease control and prevention center, said China has made significant progress in AIDS prevention and control, especially in recent years. 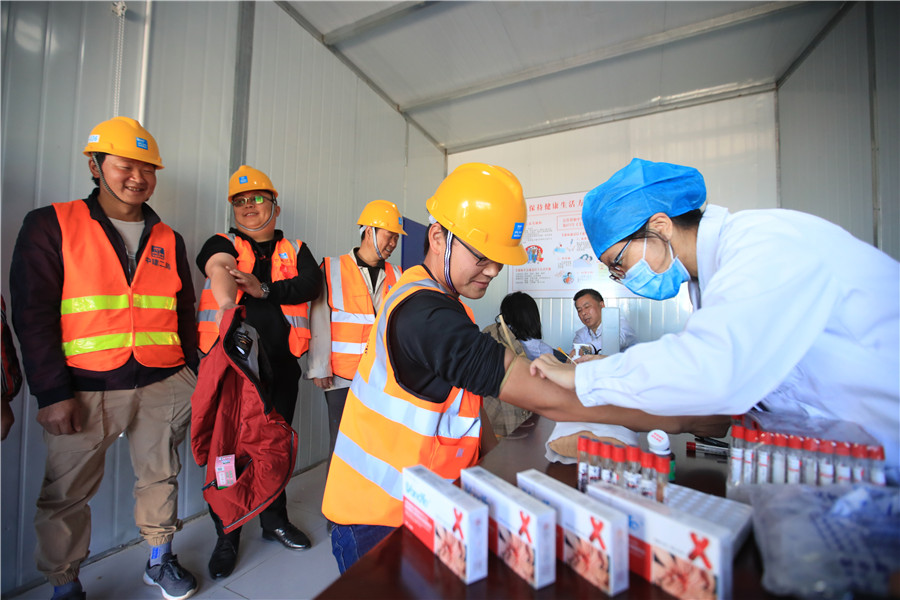 Doctors give free health checks and HIV tests to workers at a construction site in Yunnan province, on Nov 29 during a public campaign on HIV/AIDS prevention.

HIV infection via blood transfusions has been almost eliminated, while infections among drug users through injections and mother-to-child transmissions have been curtailed.

Gao said containing transmission of the virus through sexual contact has become the most important aspect of HIV control.

In September, the Chinese government introduced a three-year plan to curb the spread of HIV, with the internet to play an important role.

Blued said in a report that its HIV/AIDS-related public service messages on its app have received nearly 24 million views.

So far, more than 90 AIDS-prevention organizations have used the platform to spread their messages and nearly 200 HIV testing stations nationwide have joined the network.

"To protect privacy and prompt more people to take the test, one only needs to provide the last four digits of their phone number," Zhou said, adding a pseudonym can also be used. Only those who test positive for HIV are required to produce their ID cards for final confirmation from local disease control centers.

According to the Beijing Municipal Health Commission, a total of 2,669 new HIV/AIDS cases were reported in the first 10 months of this year, down 7.1 percent year-on-year.

The theme of this year's World AIDS Day on Dec 1 was "Communities make the difference".

Zhang said online communities must play an important role in fighting HIV, especially in China, a country with a highly developed mobile internet industry. This practical experience could then be passed on to the rest of the world, he said.