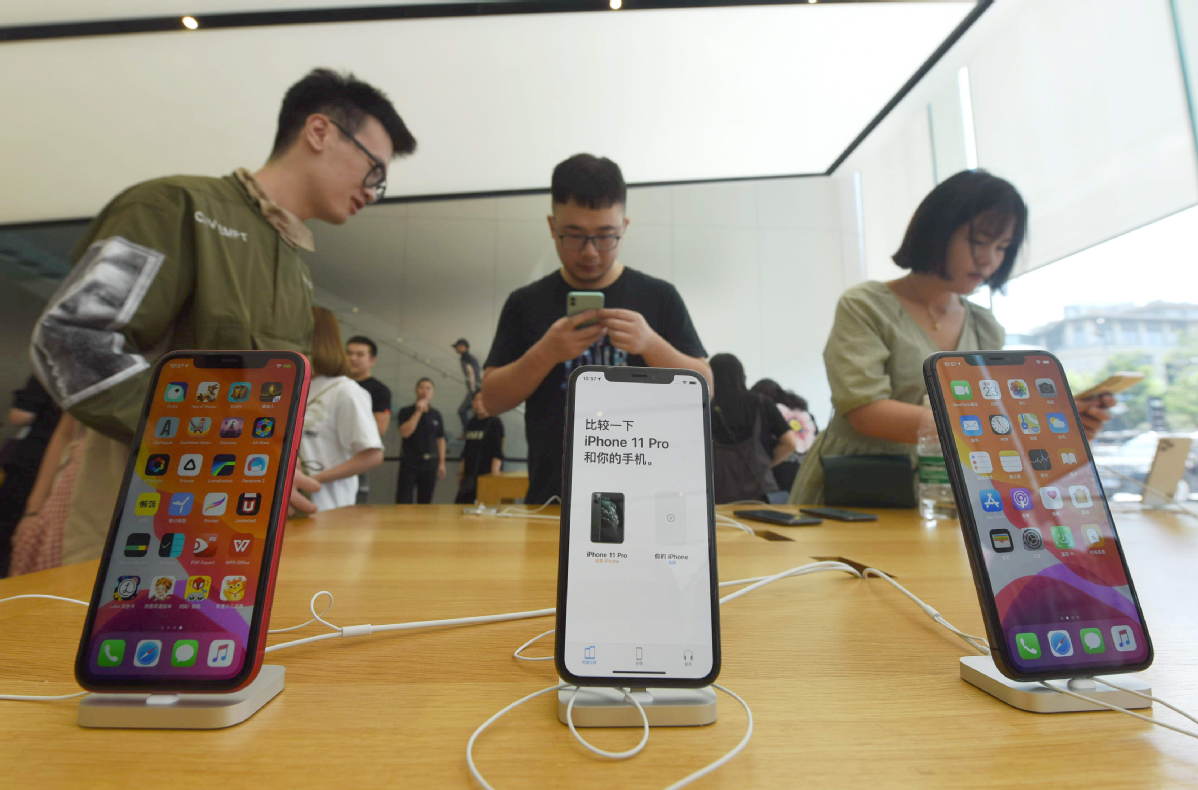 Apple Inc has stepped up efforts to attract more Chinese developers as the iPhone maker is looking to boost app services in its key market amid better market expectations for the fourth quarter.

"Chinese developers have grown with an amazing speed. They have strong innovation capacity and their apps are also good in quality," Isabel Ge Mahe, managing director of Apple in China, told China Daily.

Over 2.5 million Chinese developers are now active on Apple's App Store. Their combined global sales exceeded 200 billion yuan ($28.3 billion) so far, among which, 30 percent were obtained last year, she said.

Her comment came after the closing ceremony of an annual mobile application innovation contest, in which more than 1,600 groups from 420 universities and institutes took part to create apps. Those who made into the final have attended and received training from Apple's accelerator program.

"Through such competitions, a growing number of young students are getting more attuned to technology. The applications they created have become more mature than expected," said Zhang Kejun, a professor at the College of Computer Science and Technology of Zhejiang University.

Some of the programs have been commercialized already. A prizewinner in 2017, for instance, succeeded in raising a new round of fundraising recently, Zhang added.

The move comes as the iPhone maker has encountered a slowdown of sales in China amid stiff competition from domestic companies including Huawei Technologies Co and Xiaomi Corp.

Though some investors and analysts are optimistic about its fourth-quarter performance in China due to the launch of the iPhone 11, its sales in the nation fell 4 percent to $9.16 billion in the third fiscal quarter, after declining 22 percent compared with the previous month.

A Morgan Stanley note pointed out that Apple Store's revenue growth for the fourth quarter will "beat expectations", as Apple Store revenue has posted its strongest growth ever since last February. The store, according to an estimate by Sensor Tower, is estimated to gain revenue of $14.2 billion in the third quarter.

For Apple CEO Tim Cook, developers have always been a focus. Cook had visited Chinese developers quite often during his trip to the country, reflecting the company's determination to support developers and businesses in China.

The tech tycoon was also appointed the chairman of the advisory board of the school of economics at Tsinghua University earlier this month.

To lure more app developers in one of the world's largest smartphone markets, Apple opened an accelerator in Shanghai this year to help Chinese developers, which was the firm's second of its kind besides the other in India.

Through the facility, Apple will present lectures, seminars, experiments, speeches and training. It will also organize regular networking events to help the developer community in the country and its neighborhood to improve the design, quality and performance of their products.

"Apple hopes to not only offer technological support but help more Chinese developers to go abroad and their apps be recognized globally," Ge Mahe said.