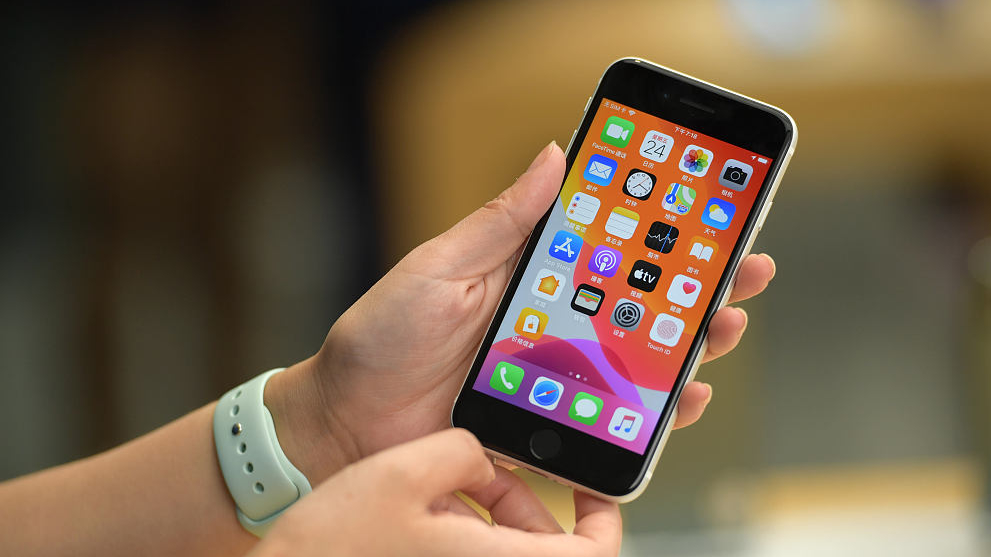 In a newly released beta version of iOS 13.5, Apple made updates to the Face ID for users who have struggled to unlock the phone when wearing masks.

Users will no longer need to swipe up from the bottom of the screen again and again to get the password option when the Face ID function has failed to work.

The passcode-entry interface will automatically pop up in the new version when users are detected to be wearing masks or have their face half-covered.

The company said it would speed up the final tests and make it available to users as soon as possible during the coronavirus epidemic.

Face ID perceives the user's facial features through more than 30,000 invisible dots on the human face to protect against spoofing by masks or other techniques through the use of sophisticated anti-spoofing neural networks. It works only when your eyes, nose and mouth can all be scanned. The design is out of safety concern, for it also being used in Apple Pay.

Those invisible dots will be partially covered when with the mask on, which is why the camera cannot capture and read all your biometric information. Smartphone analysts believe the possible best solution for this is to have a combined Face ID + fingerprint technology, which Apple is working on for as early as its 2020 iPhones, according to people familiar with the plans.

This kind of solution has already been widely applied by Apple's Android rivals like Chinese smartphone brands Huawei, Oppo and Xiaomi, as well as South Korean Samsung, with all their flagships featuring this technology.