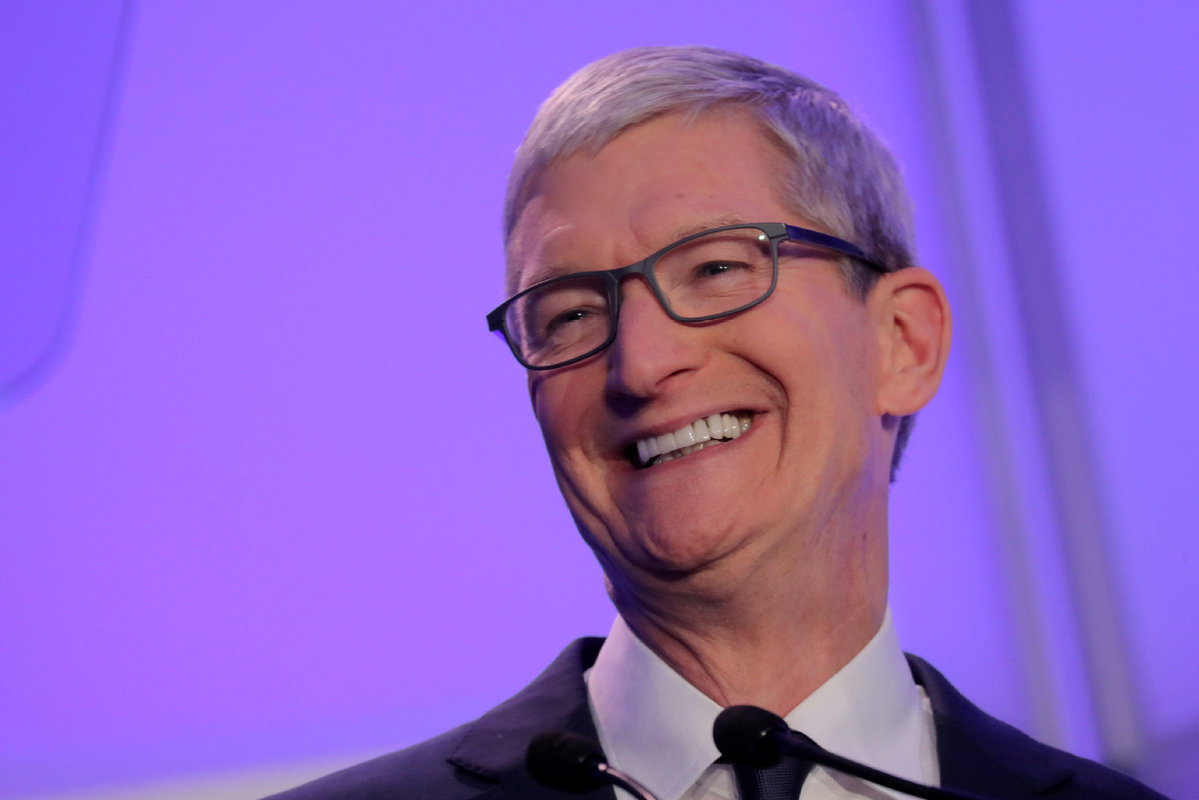 Apple Inc said Tuesday that it has generated revenue of $58 billion for its fiscal 2019 second quarter, down 5 percent from the year-ago quarter, but its earnings beat market expectations of about $57.4 billion.

In a report on its financial results for the fiscal second quarter ending on March 30, 2019, the company said its quarterly earnings per diluted share declined by 10 percent to stand at $2.46, and international sales made up 61 percent of the quarter's revenue.

"We generated operating cash flow of $11.2 billion in the March quarter and continued to make significant investments in all areas of our business," said Apple Chief Financial Officer Luca Maestri.

Apple CEO Tim Cook said the company has set a new quarterly record as its revenue from services, including Apple Music, the App Store and other businesses, reached $11.5 billion for the second quarter of 2019.

"Our March quarter results show the continued strength of our installed base of over 1.4 billion active devices, as we set an all-time record for Services, and the strong momentum of our Wearables, Home and Accessories category, which set a new March quarter record," he said.

Apple said it has spent $27 billion on share buybacks and dividends during the second quarter, and it will set aside $75 billion for share repurchases.

Apple no longer provides specific unit sales numbers of iPhone, iPad and Mac devices in its financial report, as it announced last year.

The Cupertino, California-based company forecast its revenue will be between $52.5 billion and $54.5 billion for fiscal third quarter of this year, with operating expenses standing between $8.7 billion and $8.8 billion.