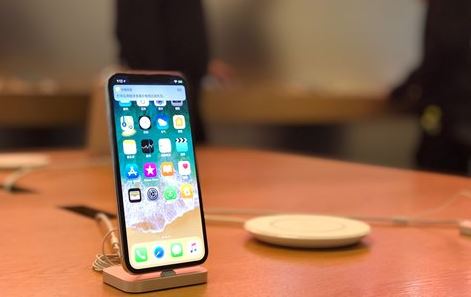 An iPhone X smartphone is on display at an Apple store in Shanghai in March. (Photo: IC)

Apple's request for a waiver of US import tariffs on China-made components indicates increased pressure from the ongoing China-US trade disputes and its strong dependence on Chinese suppliers, who have made it hard for the US company to move some production out of the country, experts said.

Apple has asked the US government to waive import tariffs for 15 components for the Mac Pro, a high-end desktop that reportedly will be on sale later this year, CNBC reported on Wednesday.

The Chinese-made components include such items as a power supply unit and stainless-steel structural enclosure, according to the report.

The request showed Apple's concerns about ongoing problems since the US import tariff of 25 percent on electronics will lead to a hike in the prices of the products, which would affect sales in the American market, said Sun Yanbiao, head of Shenzhen-based research company N1mobile.

The request came amid recent media reports that Apple has asked suppliers to study shifting final assembly of some products out of China.

Sun told the Global Times on Wednesday that Chinese suppliers are primary sources of components for Apple, accounting for more than 90 percent, including core chips and camera lenses.

Most of Apple's products are assembled in China, although the design and technology come from the US, said Li Yi, a senior research fellow at the Internet Research Center affiliated to the Shanghai Academy of Social Sciences.

Chinese suppliers are fully involved in Apple production as they not only conduct assembly but also focus on some parts and crafts, said Li.

It's quite hard for Apple to move production out of China because of high costs and low feasibility, experts said.

"Apple products cannot be made without Chinese suppliers," Sun noted.

Among Apple's top 200 world suppliers, 86 are from China, and 46 of them are Taiwanese suppliers, 30 from the Chinese mainland and 10 from Hong Kong, according to Apple's 2019 supplier list. Other suppliers come from countries including the US (40), Japan (39), South Korea (14), Germany (six) and Singapore (three).

For instance, Jilin Liyuan Precision Manufacturing Co, which was newly added to Apple's supplier list in 2019, provides shells for Apple's laptops, according to media reports.

Thanks to comprehensive advantages, Chinese industry chains remain attractive and cannot be replaced by those in other countries, Chu Shijia, an official from the Ministry of Commerce, said in early July.

China has a complete range of industries and mature infrastructure and there are 170 million workers with higher education or professional skills. It also has a market of 1.4 billion people, and 400 million of them are ranked as middle-class consumers, Chu said.

It also has a market of 1.4 billion people, and 400 million of them are ranked as middle-class consumers, according to Chu.

Experts said Apple's woes in the Chinese market would continue if the company cannot offer innovative products to lure domestic consumers who can choose local brands.

Apple's Chinese users are being lost to to Huawei, said a report by QuestMobile, a data analytical platform, domestic news site pedaily.cn reported. Huawei shipped the largest number of smartphones in the Chinese market with a 34 percent share in the first quarter, while Apple accounted for 9 percent, showed data from the global industry consultancy Counterpoint Research.