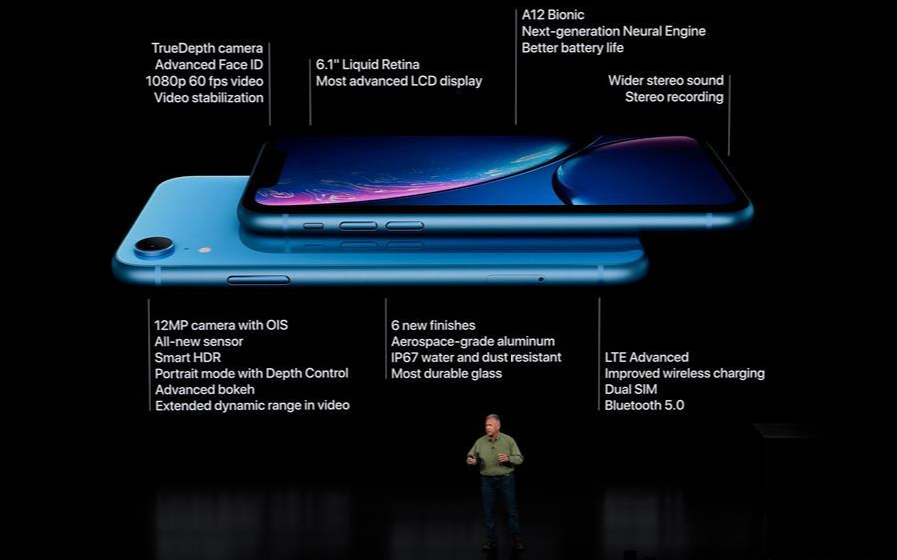 Phil Schiller, Apple's senior vice president of worldwide marketing, speaks about the iPhone Xr at the Steve Jobs Theater during an event to announce new Apple products in Cupertino, the United States, on Sept. 12, 2018. (Xinhua)

On top of the convenience, Apple has made the Fertile Window notifications an optional functionality to avoid a possible embarrassing moment when a message of such content pops up at a wrong time.

The new features are just part of the watchOS 6 operating system for Apple Watch, which empowers the mobile device to protect users' ears by using the watch's built-in microphone to monitor noise level around them, such as sports events or concerts.

"Apple Watch has become an indispensable part of our customers' everyday lives, from helping users stay connected to the people and information they care about, to inspiring them to live a better and more active day," said Jeff Williams, Apple's chief operating officer.

He said watchOS 6 will help users take better care of their health and fitness "with powerful and personal new tools."

Other features will allow users to track their activity trends and metrics just at a glance, including active calories, exercise minutes, walking pace, distance and "Cardio Levels."

The new watch OS also brings the App Store directly to Apple Watch for the first time to allow users to easily install third-party apps from the popular online store with millions of apps created by Apple developers across the world.