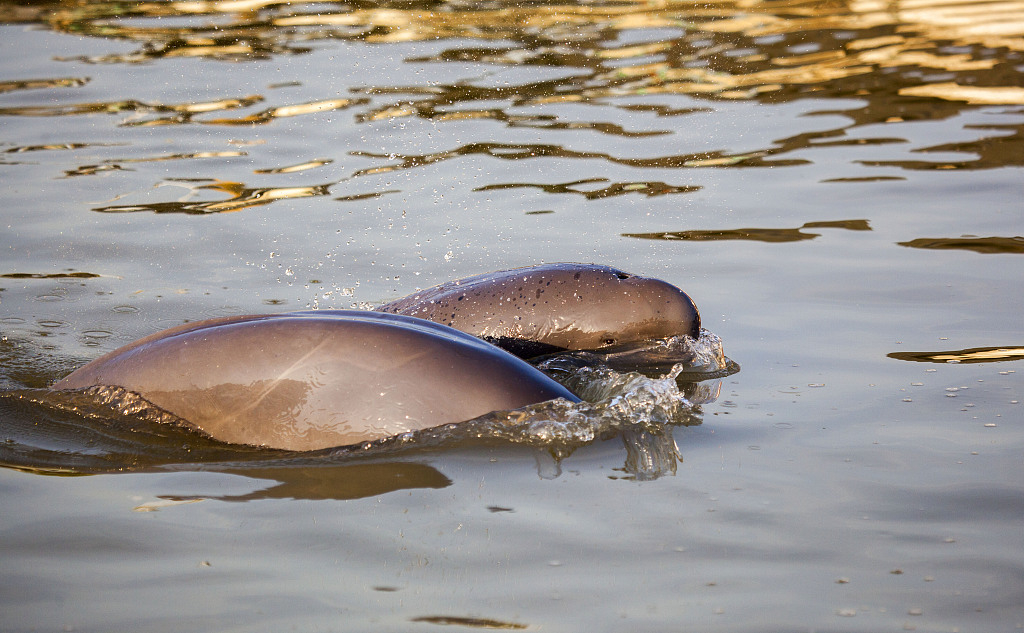 The porpoise's birthday marks a big scientific breakthrough in the protection of the species.

"Actually, the sonar system of Yangtze finless porpoise is quite immature before they are three months old. So it is a big challenge for them to survive once they stray away from their mother. During this period, we need to keep off the disturbance from various factors like shipping," said Wang Ding, a researcher with the Institute of Hydrobiology of the Chinese Academy of Sciences.

Under the care of its mother and the working staff, the little finless porpoise is growing stronger and healthier. Now, it not only has a good appetite but is also becoming more active. 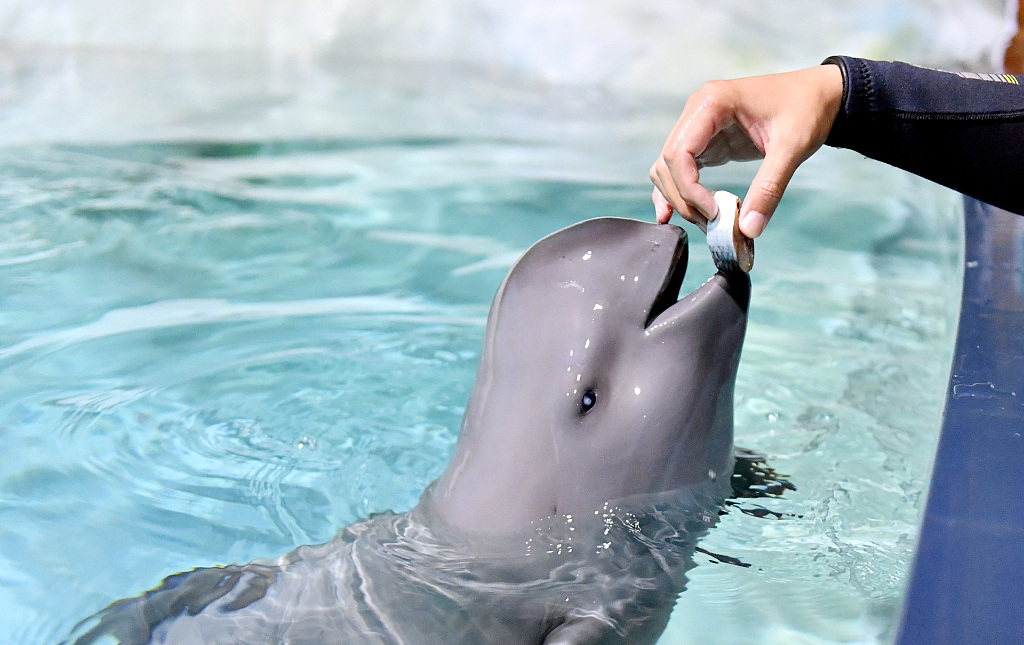 A Yangtze finless porpoise gets fish from staff. (Photo: VCG)

"We collect names through the website of the Baiji Dolphin Conservation Foundation, in an attempt to promote public awareness about protecting the Yangtze finless porpoise and even the Yangtze River as a whole. The result will be announced on the International Freshwater Dolphin Day, which is on October 24 this year," he said.

The other two artificially-bred Yangtze finless porpoises, Tao Tao and Bei Bei, were born in 2005 and 2018, respectively.