TECH As cashless stores grow, so does the backlash

As cashless stores grow, so does the backlash 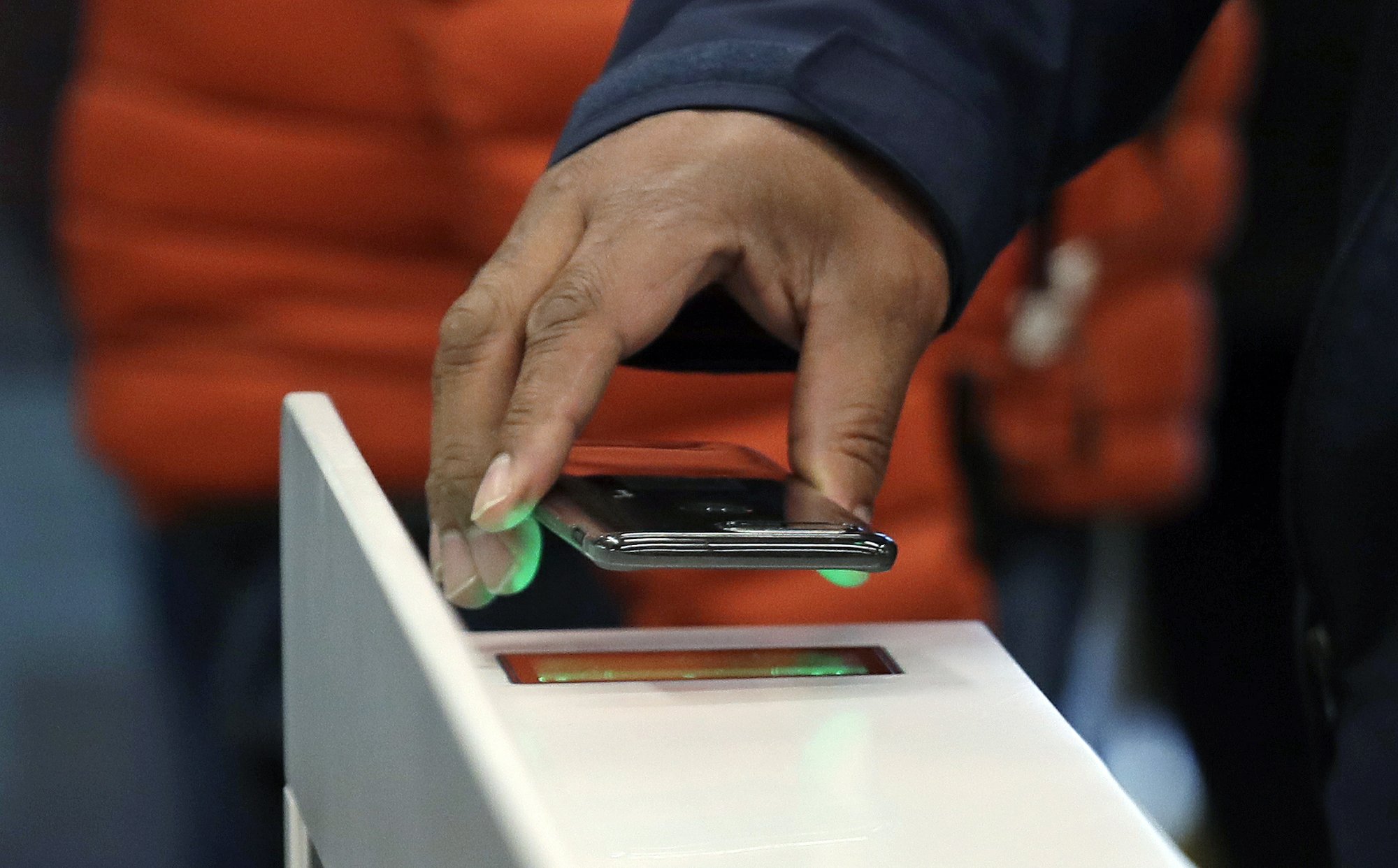 So he was surprised to learn the dollar bills in his pocket were no good at Dos Toros Taqueria in Manhattan, one of a small but growing number of establishments across the US where customers can only pay by card or smartphone.

Cash-free stores are generating a backlash among some activists and liberal-leaning policymakers who say the practice discriminates against people like Figueroa, who either lack bank accounts or rely on cash for many transactions.

Figueroa, an ironworker, had to stand to the side, holding his taco, until a sympathetic cashier helped him find another customer willing to pay for his meal with a card in exchange for cash.

The issue got some high-profile attention this week when retail giant Amazon bowed to pressure from activists and agreed to accept cash at more than 30 cashless stores, including its Amazon Go convenience stores, which have no cashiers, and its book shops. Amazon declined to say when the change would happen.

There is no federal law that requires stores to accept cash, so lawmakers are working on the issue at the state and city level.

Earlier this year, Philadelphia became the first city to ban cashless stores, despite efforts by Amazon to dissuade it. New Jersey passed a statewide ban soon after, and a similar ban is working its way through the New York City Council. Before this year there was only one jurisdiction that required businesses to accept cash: Massachusetts, which passed a law nearly 40 years ago.

“The potential societal cost of a cashless economy I think outweighs the potential benefits for businesses,” said Ritchie Torres, a New York City councilman for the South Bronx who introduced the bill.

Policymakers argue that while cashless stores and restaurants aren’t widespread now, the practice could expand to more services, including some that cater to lower-income customers.

Walmart-owned Sam’s Club opened its first cashier-less store in Dallas last year, using technology that allows customers to scan and pay for items with their smartphones. Kroger has installed similar technology in about 400 stores nationwide.

Stadiums in Tampa Bay, Florida, and Atlanta have started to go cashless, or nearly cashless, and the Barclays Center, where the Brooklyn Nets play, is now effectively cashless as well.

“I wanted to stop this before it became an everyday thing,” said William Greenlee, a Philadelphia councilman who introduced that city’s bill.

Advocates for cashless bans worry technology is moving too fast for the 6.5% of American households — 8.4 million — that do not have a bank account, according to figures from the Federal Deposit Insurance Corporation.

Figueroa is among the much larger group considered “underbanked,” meaning they have a primary bank account but regularly rely on alternative financial services like check cashers. More than 24 million US households are underbanked, according to the FDIC.

Figueroa, an immigrant from the Dominican Republic, only opened a credit union account two years ago. It took another year to build up enough funds to use his debit card regularly.

He still occasionally relies on a check casher if he needs money quickly, and much of his income comes in cash from his weekend job as a busboy. He has no credit card and no apps on his phone and has only shopped online three times.

Business owners who go cashless say they are following the lead of the majority of customers who are abandoning cash payments. Retailers are under pressure to cater to customers with heightened expectations for fast and seamless service, driven by companies like Amazon, Uber and Grubhub.

Leo Kremer, co-owner of Dos Toros, the taqueria where Figueroa tried to use cash, said the volume of cash transactions at his stores fell from about 50% a decade ago to 15% last year. That made the cost and logistics of handling cash especially onerous. Before going cashless, Dos Toros locations were robbed twice.

Still, Kremer said the company would adjust if legally required to accept cash.

“There are no bad guys on this issue. Everyone is trying to do the right thing and make sure there are no unintended consequences,” he said.

There are no overall estimates of how many stores in the US have gone cashless, but it remains a rarity. In New York City, the trend appears to be gaining traction mostly with “fast casual” dining establishments like Dos Toros. Far more common are stores that require a minimum purchase for non-cash payments.

“To call this a trend is a bit of an exaggeration. There are a handful of retailers trying this in certain situations here and there, but it’s not something the average customer would expect to see at every store at the mall any time soon,” said J. Craig Shearman, a spokesman for the National Retail Federation in Washington.

Even among the wider US population, cash is still used in roughly 30 percent of all transactions, according to a 2018 Federal Reserve study. The study found that most consumers prefer cash for transactions under $10.

Indeed, Shake Shack abandoned plans to open cashier-less locations after its first such store in Manhattan triggered a customer backlash. The burger chain is instead keeping cashiers while installing order-taking kiosks at more stores.

In testimony to a New York City Council committee, Kremer argued that businesses that “consistently serve the unbanked and underbanked population aren’t going to go cashless. It wouldn’t make sense for them.”

But financial experts who work with low-income people caution against making assumptions about the shopping preferences or buying power of those who rely on cash.

Like many New Yorkers, Figueroa regularly spends $10 to $15 a day on lunch. He says he would return to Dos Toros with his debit card now that he knows about the cashless policy.

Around him, commerce is quickly moving online and cash-free. Card-only Uber is eviscerating the yellow cabs he hails once or twice a month. He does most of his shopping at corner shops and drugstores, and has never availed himself of the home-delivery services that chains like Walgreens and CVS are introducing to keep Amazon at bay.

Even services like Citi Bike, the bicycle-sharing company, require a debit or credit card. The service, which is affordable and even offers a $5 monthly program for low-income New York City residents, directs those with no debit or credit card to open an account at a credit union.

Beyond targeting cashless stores, Zinkin said the greater urgency in the digital era is finding ways to better include low-income people in the banking system, such as compelling banks to offer no-fee starter accounts and encouraging banks to open branches in underserved areas. In the Bronx, where Figueroa lives, the borough has the lowest concentration of bank branches per household of anywhere in the nation , according to a 2015 report by the New York City Comptroller’s office, while check cashers are common. Nearly one-fifth of households in the Bronx have no bank accounts, and one-third are underbanked, according to 2013 figures cited in an Urban Institute study.

“We hope the spotlight shifts from punishing small businesses to the financial services market,” Zinkin said. “We don’t want to be scared of technology, and hoping that technology goes away.”