China's 80-tonne thrust liquid oxygen-methane engine, with the highest thrust level in Asia, has completed a full-thrust run test with a duration of 100 seconds, the developer said on Tuesday. 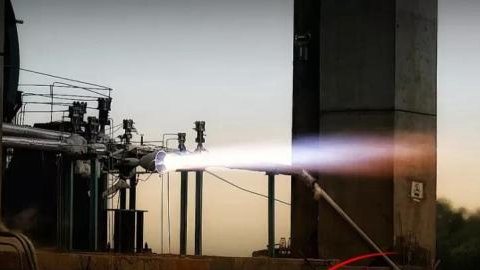 The engine, named TQ-12, was independently developed by the private rocket company LandSpace and has the third-highest thrust level among liquid oxygen-methane engines globally.

The test shows that key technical parameters have reached the design requirements and further verified the product's quality and structural reliability, said Ge Minghe, general manager of the R&D department of LandSpace.

The engine will conduct further tests including one under extreme working conditions and a long-run test, according to the company's plan.

The Chinese government encourages the participation of private enterprises in the space industry and the country had more than 60 private companies in the commercial space industry as of December 2018.