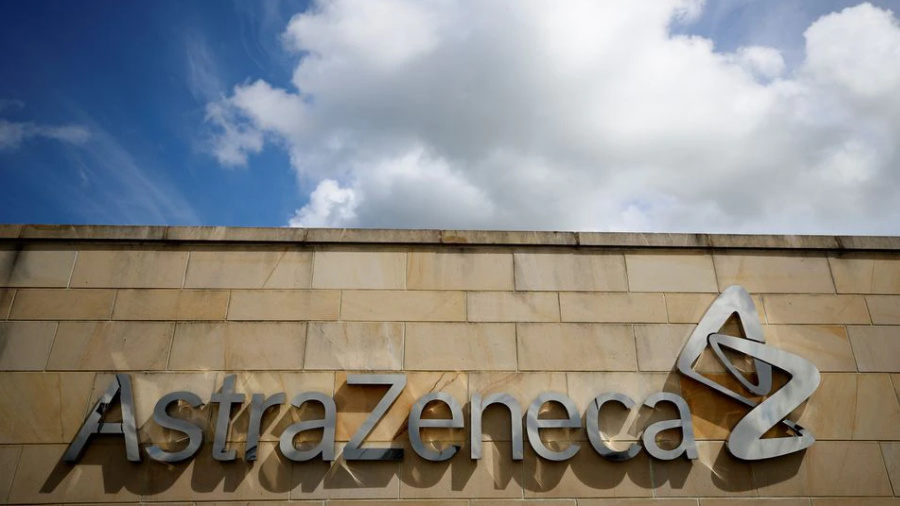 A company logo is seen at the AstraZeneca site in Macclesfield, Britain, May 11, 2021. (Photo from CGTN)

British pharmaceutical giant AstraZeneca said on Friday it has begun to sell its COVID-19 vaccine at a profit as the company posted a third quarter loss on higher costs.

AstraZeneca, which has sold its vaccine at cost during the pandemic in contrast to rivals including US giant Pfizer, said it expects "to progressively transition... to modest profitability as new orders are received" in the current fourth quarter and beyond.

AstraZeneca posted a net loss of $1.65 billion for the third quarter compared with a profit after tax of around $650 million in the July-September period last year, a statement said.

AstraZeneca said it experienced higher costs in the current third quarter following its $39-billion takeover of US biotech company Alexion, as well as increased research and development expenses across multiple programs, including its COVID-19 treatments.

Last month, the drugs company revealed positive results from a trial of a treatment for COVID-19 symptoms, which is being produced alongside its vaccine.

Made from a combination of two antibodies, the AZD7442 treatment had been undergoing final clinical trials to assess its safety and efficacy.

AstraZeneca said the limited profit contribution from the COVID-19 vaccine in the current fourth quarter "is expected to offset costs" relating to AZD7442.

Chief executive Pascal Soriot told a conference call with reporters on Friday, that AstraZeneca had always planned to stop selling its COVID-19 vaccine at cost.

But he stressed that the company wants "the vaccine to remain affordable."

The group added that revenue from its COVID-19 vaccine, developed with the University of Oxford, totaled $2.22 billion in the year to date following delivery of around 580 million doses worldwide.

Soriot said the company had "saved millions of hospitalizations" thanks to being the world's second largest provider of COVID-19 vaccines after Pfizer.

AstraZeneca's shot has had a tumultuous journey, with its not-for-profit strategy and challenges around efficacy data, supplies and links to rare blood clots, fueling speculation on whether it would want to keep the business in the long term.

The drugmaker and its Indian manufacturing partner, Serum Institute, have supplied more than 1.5 billion vaccine doses as of the end of September.

Rival Pfizer this month forecast 2021 and 2022 sales from its COVID-19 vaccine of at least $65 billion overall, topping estimates. However, Moderna slashed its 2021 sales outlook for its shot by as much as $5 billion, on production hiccups.