TECH Astronaut's determination pays off over many decades

Astronaut's determination pays off over many decades

Yang Liwei, China's first astronaut, shares details about the astronauts on China’s space station. Many netizens have been moved by their stories. 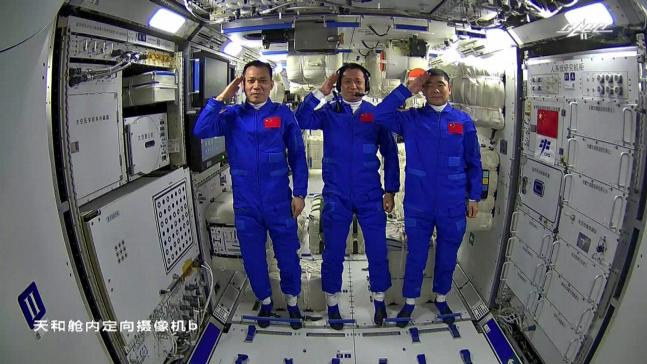 Before the mission, veteran astronaut Nie Haisheng had already visited space twice, in October 2005 and June 2013.

Nie is commander of the crew. This is his third trip into space.

Yang said that the three astronauts are very excited to perform the demanding mission.

"After entering the cabin, they have a lot of work to do," he said.

Yang noted the average age of the crew is over 50 years old, and Nie Haisheng is 57.

In 1998, Nie was selected to join training for the first batch of astronauts in China.

Nie has been a backup crew member for three missions, including Shenzhou-5, China's first manned spaceflight. He also served as backup crew for the Shenzhou-7, and Shenzhou-9 missions.

He undertook his first mission when he was 41, and every eight years he has been assigned a mission. Nie finds it an interesting coincidence, because eight is considered a lucky number in China.

For an astronaut, it takes years of persistence and continuous self-improvement to prepare for space travel.

"As long as the country and the people need me, I will continue to fly forward courageously and leave the mark of the Chinese dragon in outer space," Nie said.