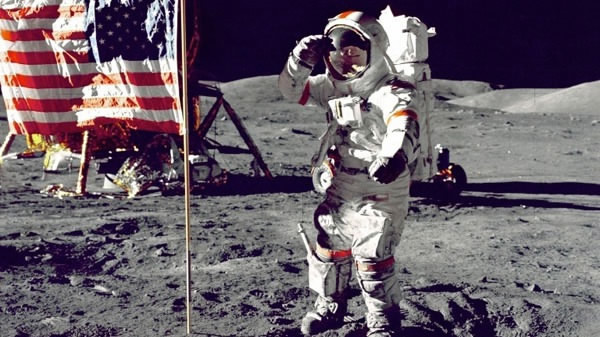 WASHINGTON, Nov. 15 (Xinhua) -- Two astronauts completed on Friday a complex spacewalk outside the International Space Station to repair a cosmic particle detector in searching for dark matter and antimatter.

The six-hour-and-39-minute spacewalk started as the astronaut duo switched their spacesuits to battery power at 6:39 a.m. US Eastern Time. This was the first of a series of spacewalks to replace a cooling system on the Alpha Magnetic Spectrometer (AMS).

The instrument was not designed to be serviced by astronauts once in space. It was not equipped with fasteners, cables, handrails and internal clearances required by astronauts working in bulky, pressurized suits, thus making the spacewalks the most complex of their kind since the Hubble Space Telescope servicing missions.

During the first spacewalk, the two astronauts successfully positioned materials, removed a debris cover on the AMS, and installed handrails in preparation for the subsequent spacewalks, according to NASA.

"If we get through the removal of the debris shield, it will be a good, successful first EVA (extravehicular activity)," said John Mularski, lead spacewalk officer, at a media briefing earlier this week.

The work went much faster than expected, so Parmitano and Morgan also completed some get-ahead tasks originally planned for the second spacewalk on Nov. 22, including the removal of the vertical support beam cover for the area that houses the eight stainless steel tubes to be cut and spliced together on the upcoming spacewalks.

The duo will carry on the second spacewalk to cut and label the stainless steel tubes that attach the current cooling system to the AMS. They will bypass an old thermal control system, attach a new one off the side of the AMS during the third spacewalk, and then conduct leak checks.

Astronauts have never before cut and reconnected fluid lines, like those that are part of the AMS thermal control system, during a spacewalk. More than 20 unique tools were designed for the intricate repair work, according to NASA.

The 7.5-ton AMS, launched to the space in 2001, was developed by a 600-member multinational team. It features a thermal control system developed by Chinese scientists.

Samuel Ting, a Chinese-born American scientist who led the AMS project, said at a press conference on Nov. 1 that the AMS will continue to collect and analyze data for the lifetime of the Space Station, because whenever a precision instrument such as the AMS is used to explore the unknown, new and exciting discoveries can be expected.