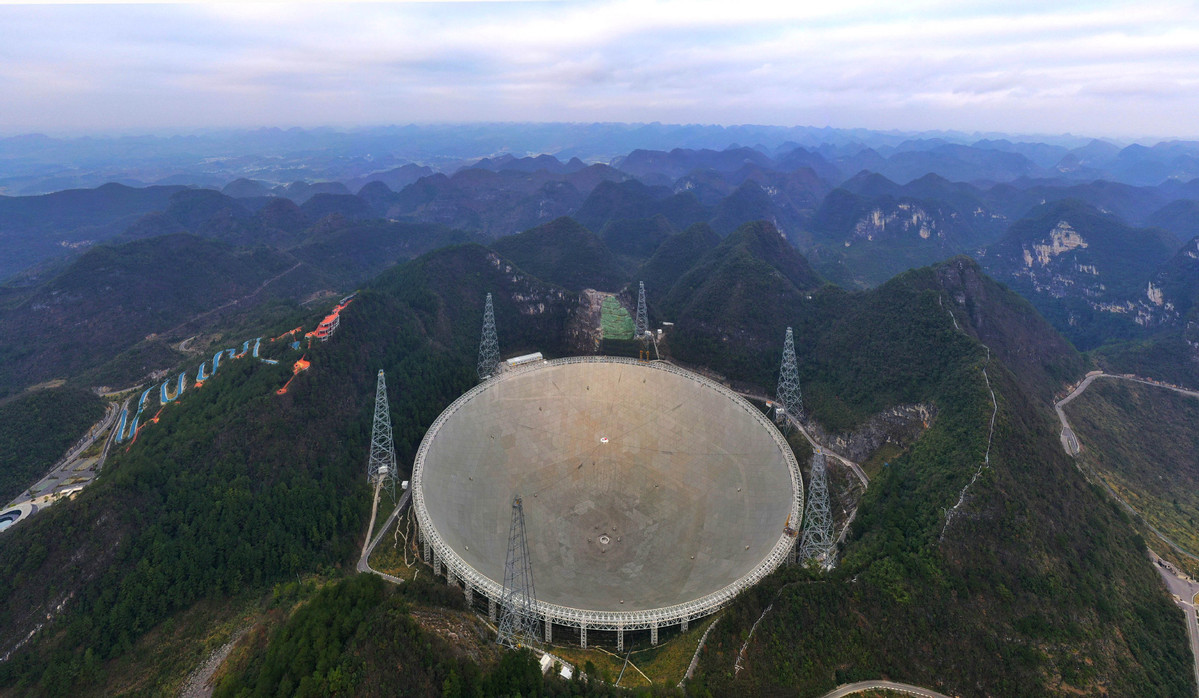 BEIJING - Astronomers have recently discovered a new fast radio burst (FRB), mysterious signals believed to be from the distant universe, with the largest and most sensitive radio telescope ever built.

An international team led by scientists at the National Astronomical Observatories of the Chinese Academy of Sciences (NAOC) made the discovery by analyzing the data from the Five-hundred-meter Aperture Spherical Radio Telescope (FAST).

FRBs are the brightest bursts known in the universe. They are called "fast" because these blips are very short, only several milliseconds in duration. But there is no reasonable explanation for their origin yet.

By using his own novel search method incorporating deep-learning artificial intelligence, Zhu Weiwei, an astronomer at NAOC, found the new burst, coded FRB 181123, from the massive survey data of FAST.

The discovery will be published in the Astrophysical Journal Letters.

The analysis shows that this burst may come from the remote universe. And this new discovery demonstrates FAST's unique advantages in finding remote FRBs through blind search, said Li Di, the chief scientist of FAST and one of the co-authors.

The telescope is expected to discover more FRBs and carry out deep follow-up observations, which could help shed light on the origin and physical mechanisms of FRBs, Li said.

Located in a naturally deep and round karst depression in southwest China's Guizhou Province, FAST was completed in September 2016 and started regular operations earlier this year.