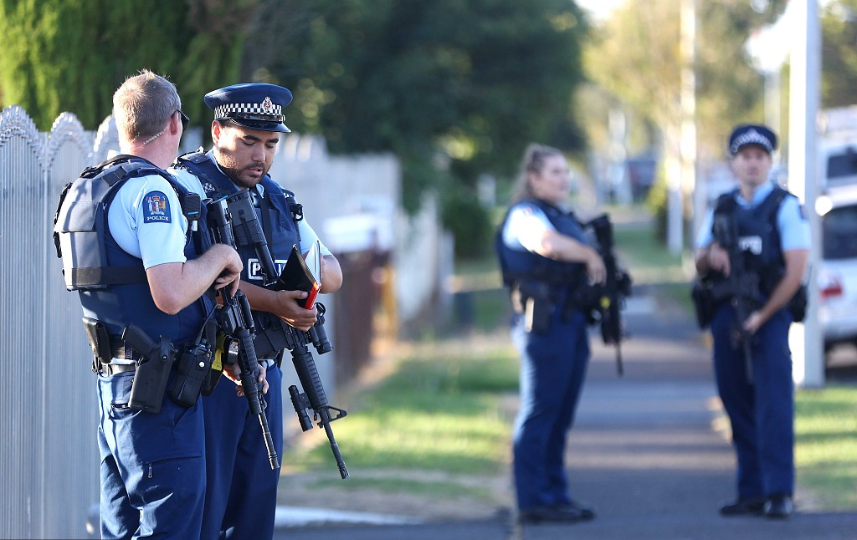 Armed police maintain a presence outside the Masijd Ayesha Mosque in Manurewa on March 15, 2019 in Auckland, New Zealand. (Photo: VCG)

Australia has started blocking access to websites featuring violent extremist material under new laws introduced in the aftermath of a terror attack at a mosque in Christchurch, New Zealand in March that left 51 people dead.

The laws were passed after people complained that video of the live-streamed attack was widely available online.

"These are fringe websites that revel in gore and hatred," she told the paper. "All of them are based overseas."

The sites not only feature the mosque attack but video of the beheading of a Scandinavian tourist in Morocco and other atrocities.

Australia's eSafety commission was granted new powers in April. Social media companies, websites, and internet service providers can now be fined up to 10 percent of their annual global turnover for failing to remove abhorrent or extremist material when told to do so. In addition, senior managers can be jailed.

Grant said three of the five websites targeted by Canberra have taken down the offensive material and the government is waiting to hear back from the other two before considering whether to prosecute.

She said the response shows the new laws are working and she predicted other countries will follow Australia's lead.

"I expect, in the next five years, we will see a proliferation of similar regulators seeking to do the same thing," she told the FT.

The legislation, which is understood to be the first globally, has been criticized by technology giants, including Facebook and Google, who have said it could undermine security cooperation between Australia and the United States because it will compel them to share information with foreign governments in contravention of US laws.

In addition to the five sites that have been ordered to take down offensive content, Canberra has told internet service providers to block access to eight other sites that host violent content.

News Corp Australia said the eight websites were among 45 that the government had asked to voluntarily remove violent material. All of the others complied.

"The remaining rogue websites need only to remove the illegal content to have the block against them lifted," the Guardian quoted Inman Grant as saying.

Australia's communications minister, Paul Fletcher, said action to both order content to be removed and to block access to sites that do not comply is aimed at making the nation a safer place.

"We cannot allow this type of horrific material to be used to incite further violence or terrorist acts," he said.

Reuters noted that it is also now an offense in Australia for internet service providers not to proactively remove images of murder, torture, and rape.