CANBERRA, Aug. 6 (Xinhua) -- Scientists from Australian National University (ANU) have first captured the moments of the exploding death of a star. 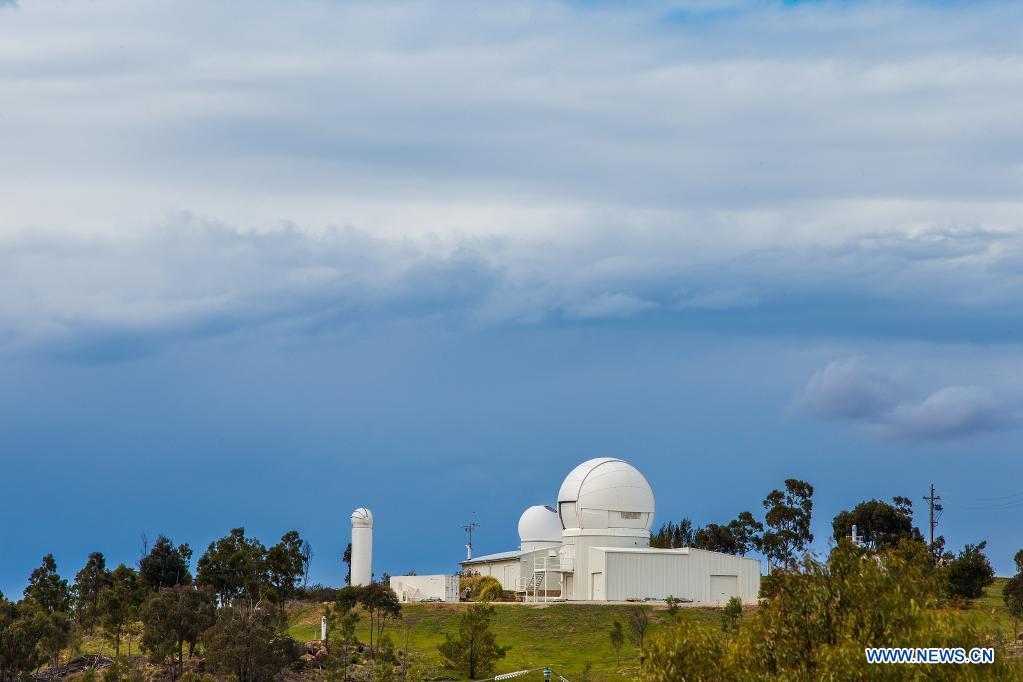 Photo provided by the Australian National University (ANU) on Aug. 6, 2021 shows Mount Stromlo Observatory where the ANU researchers in a supernova study were based, in the Australian Capital Territory, Australia. (ANU/Handout via Xinhua)

In a study published on Thursday, the team from ANU collaborated with the National Aeronautics and Space Administration (NASA) and a host of international researchers to observe the earliest moments of a supernova in unprecedented detail.

The team discovered that the supernova was captured from beginning to end by NASA's now-defunct Kepler space telescope in 2017.

"This is the first time anyone has had such a detailed look at a complete shock cooling curve in any supernova," Patrick Armstrong, the lead author of the study from the ANU Research School of Astronomy and Astrophysics, said in a media release.

"Because the initial stage of a supernova happens so quickly, it is very hard for most telescopes to record this phenomenon," he said. "Until now, the data we had was incomplete and only included the dimming of the shock cooling curve and the subsequent explosion, but never the bright burst of light at the very start of the supernova."

"This major discovery will give us the data we need to identify other stars that became supernovae, even after they have exploded."

A supernova occurs when a star burns all its fuel at the end of its lifespan and collapses, causing a huge explosion.

Based on the data, the scientists were able to determine that the star that caused the supernova was a yellow supergiant more than 100 times bigger than the sun.

Kepler was retired in 2018 but Armstrong said new telescopes would likely capture more supernova events in the future.

"As more space telescopes are launched, we will likely observe more of these shock cooling curves," he said.

"This will provide us with further opportunities to improve our models and build our understanding of supernovae and where the elements that make up the world around us come from."