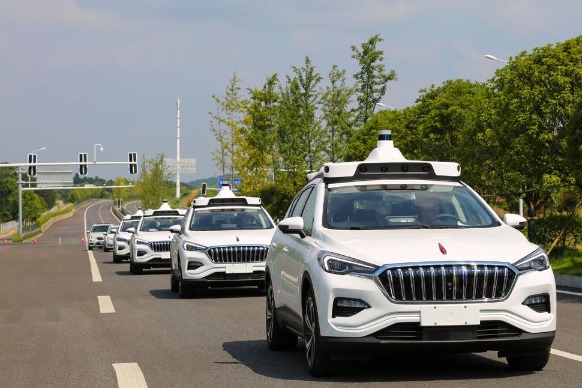 Passengers can hail the autonomous cabs via the website apollo.auto and the Baidu Map app, according to Baidu Apollo, an open platform launched by the company in 2017 to coordinate cross-sector efforts in autonomous driving.

The taxies will run in a trial area with a total length of 700 km, covering major residential and business districts in the Yizhuang, Haidian and Shunyi districts of Beijing.

The autonomous taxi service, dubbed Robotaxi, claims to be capable of coping with a variety of complicated traffic situations. For instance, it is now able to turn left in the absence of traffic lights and signs, which is viewed as one of the greatest challenges for self-driving technology.

As one of the first cities to map out and regulate trial areas for self-driving vehicles across China, Beijing is playing a leading role in terms of the scale of test vehicles and the type of test traffic situations.

The city has also introduced the strictest policy to ensure the safety and reliability of autonomous vehicles.