Beijing Capital International Airport will become the first in the country to introduce an intelligent robotic parking system, Beijing News reported on Tuesday. 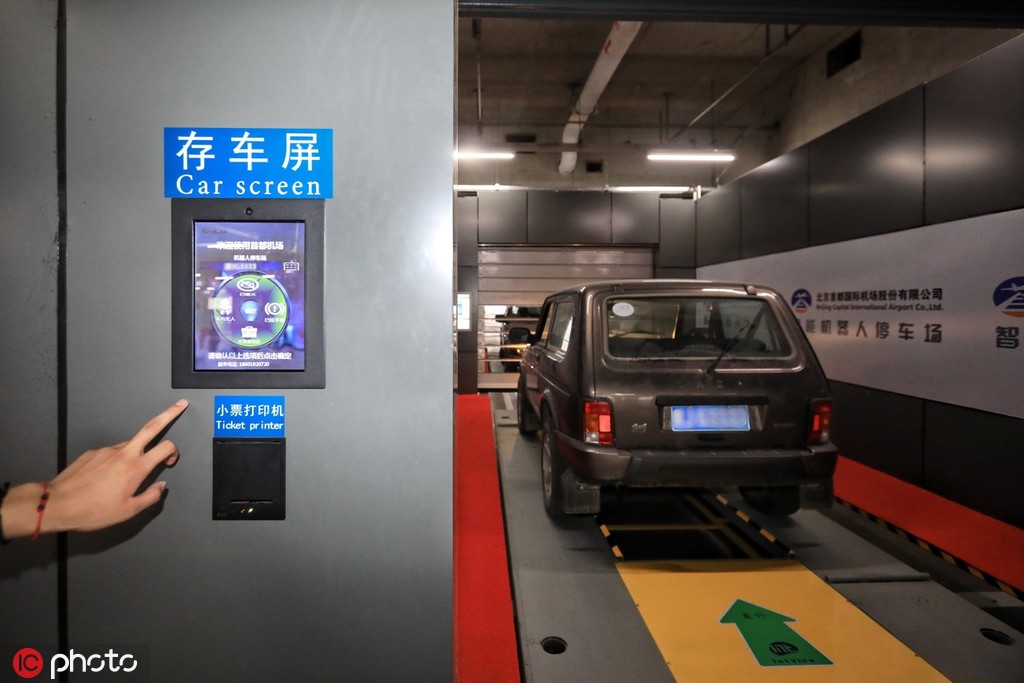 The vehicle then "automatically" drives into the garage. After pressing the OK button on the screen, the driver gets the ticket. (Photo: Beijing News, IC)

The smart parking lot at the airport will start a trial run by the end of this month, a relief to drivers bothered by their poor parking skills or the struggle of finding a parking space.

"There are six parking garages with 132 parking spaces and eight robots in the automated parking lot," Ba Gen, engineer-in-charge of the IT department of Beijing Capital International Airport, said.

The parking garages automatically open when a car approaches. The car will be then hoisted and transported by the robot to its designated parking space in the garage. The whole parking process takes less than one minute.

According to Ba, though small in size, the parking robots have a capacity to carry cargo weighing up to 3.5 metric tons. And they are environmentally-friendly -- these fully electric, zero-emission robots can work for six hours on a single charge. They also can go to the charging station to recharge themselves.

Built-in sensors enable the robots to automatically avoid obstacles and adjust their speed, effectively reducing the risk of dents or scratches on cars caused by parking lot mishaps.

If you have forgotten where your car was parked, you only need to scan the parking ticket or enter the car plate numbers at the car pickup terminal to find out where to pick up the vehicle.

The Beijing Daxing International Airport, which is scheduled to open in September, also will deploy parking robots, according to the report.