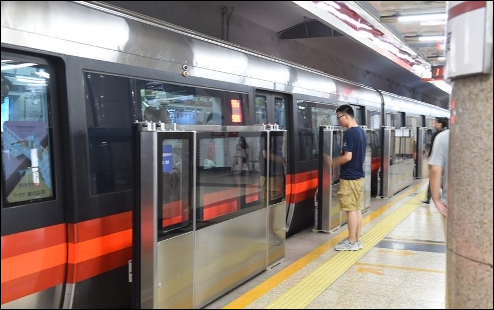 Trains on the Yanfang Line, a rapid transit line in the southwest suburb of Beijing, have gone fully automated with no need for human operation throughout the process, the local metro operator said Friday.

Trains running on the GoA 4 system operate automatically at all times, including opening and closing doors, detecting obstacles and handling emergencies, according to the International Association of Public Transport.

The driverless train follows a precise schedule to run and stop automatically at each station, according to Beijing Metro Operation Administration Co., Ltd., operator of the line.

It can also wake from sleep, run inspections, wash itself, and leave and return to the garage automatically, the company said.

The company ran 195 tests on the automatic system before the upgrade to ensure stability and safety. It will also step up inspections and examinations of the equipment during operation, the company said.

Launched on Dec. 30, 2017, the Yanfang Line is China's first fully domestically developed automated subway. It has nine stations on its 14.4-km main line, linking the areas of Yanshan and Fangshan.

Over the years, nearly 13.2 million trips have been made on the line.