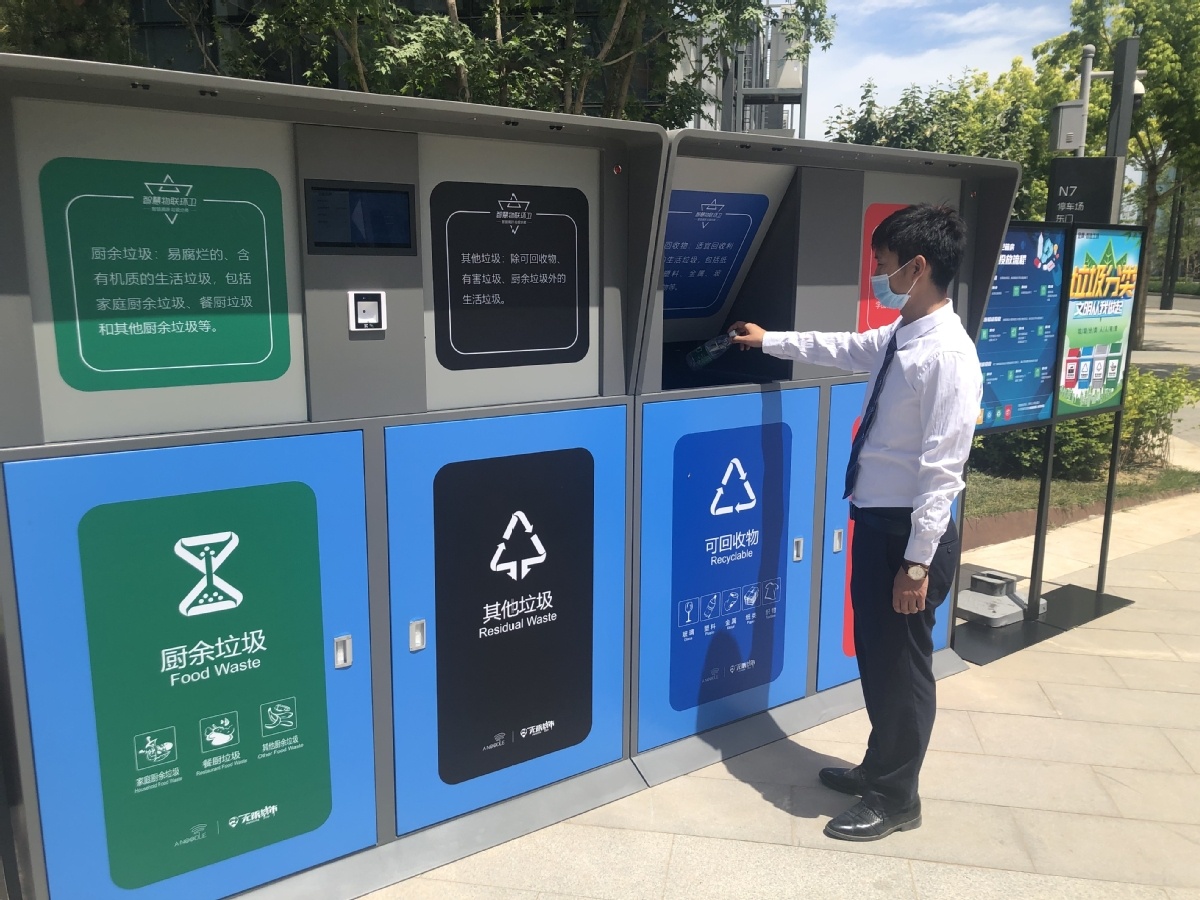 Smart trash bins in Beijing open automatically when a person stands in front of them. [Photo provided to chinadaily.com.cn]

The fields also include energy saving and environmental services, solid waste decreasing and recycling, restoration of polluted areas and soil, use of modern energy, smart transportation, and eco-agriculture and eco-forestry, according to a plan jointly formulated by the Beijing Municipal Commission of Development and Reform and the Beijing Municipal Science and Technology Commission.

The plan, which highlights the leading role of companies in green technology innovation, forms part of efforts to build Beijing into an innovation center for environment-friendly technologies with global influence.

Beijing will build "highlands" featuring innovative green technologies and industry clusters in five designated areas of the city, according to Wang Yingjian, an official of the Beijing Municipal Commission of Development and Reform.