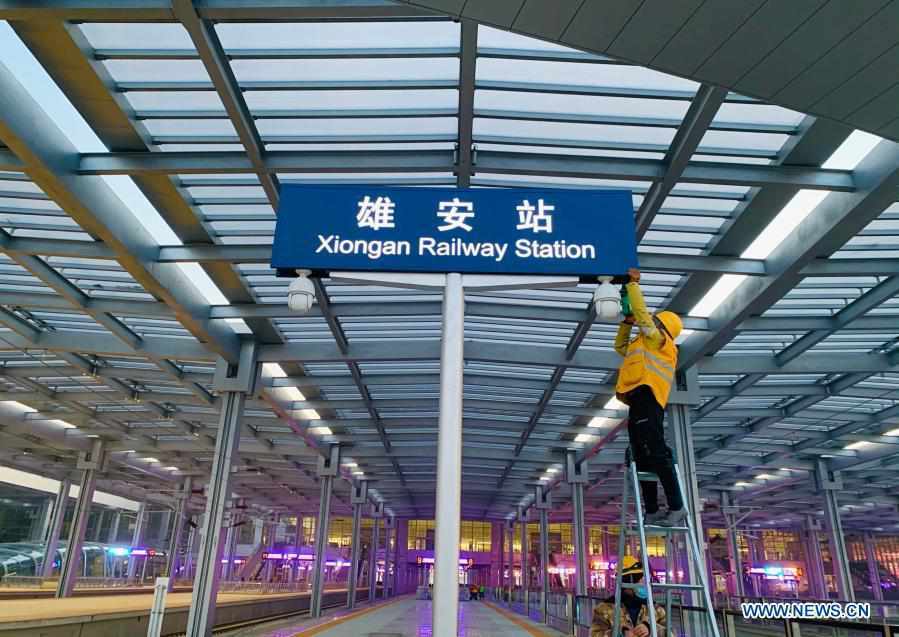 The newly opened section from the Daxing airport to Xiongan, a stretch of 59 kilometers, has four stops and will cut the journey time between the two points to 19 minutes.

Trains on the railway line will run at a designed maximum speed of 300 km per hour.

The railway section from Beijing West Railway Station to the Daxing airport was put into use in September 2019.