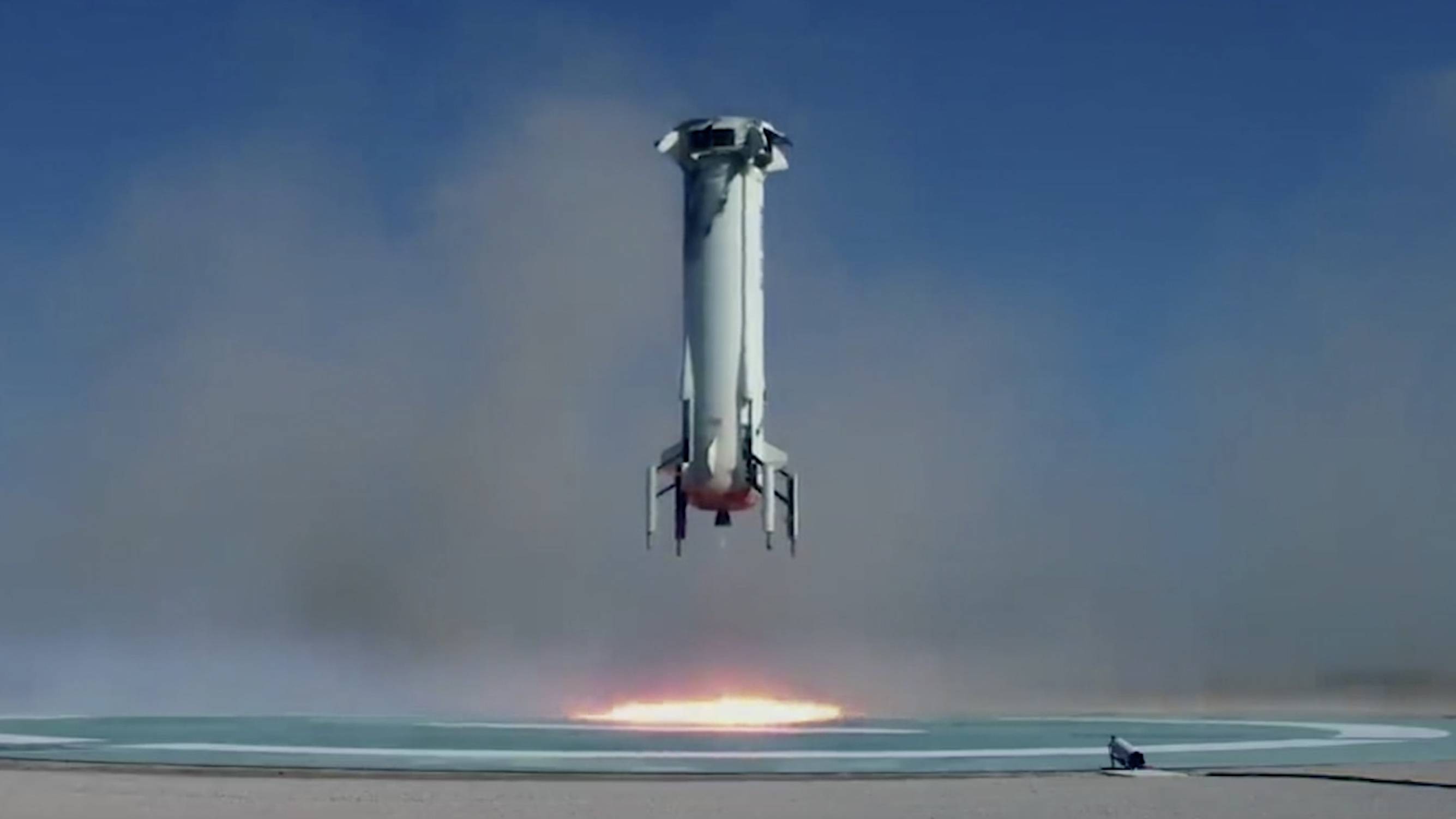 The rocket was launched in the morning from Van Horn, Texas, sending a capsule to heights above 100 km, crossing the internationally-recognized space frontier.

New Shepard, named after Alan Shepard, the first American to reach space, consists of a reusable rocket and a reusable capsule, and is powered by a single hydrogen-fueled engine, according to Blue Origin.

The capsule and rocket separated several minutes after the launch. After separation, the booster flew itself back to a landing, more than seven minutes after the liftoff. The capsule reached an apogee of nearly 106 km before floating back to Earth through parachutes. The launch and landing took 10 minutes and 10 seconds.

Among the on-board experiments are a 3D printing experiment from the University of Kentucky that could further advance in space manufacturing, a critical capability for long-term stays on the lunar surface.

In December 2018, Virgin Galactic, also a private spaceflight company, lifted off its SpaceShipTwo vehicle to reach the edge of space.

Both companies are planning to start sending paying customers on their suborbital vehicles.