Black hole found to have three 'meals' a day: study

A team of astronomers have recently found that a supermassive black hole in the center of a galaxy has three "hot meals" a day. 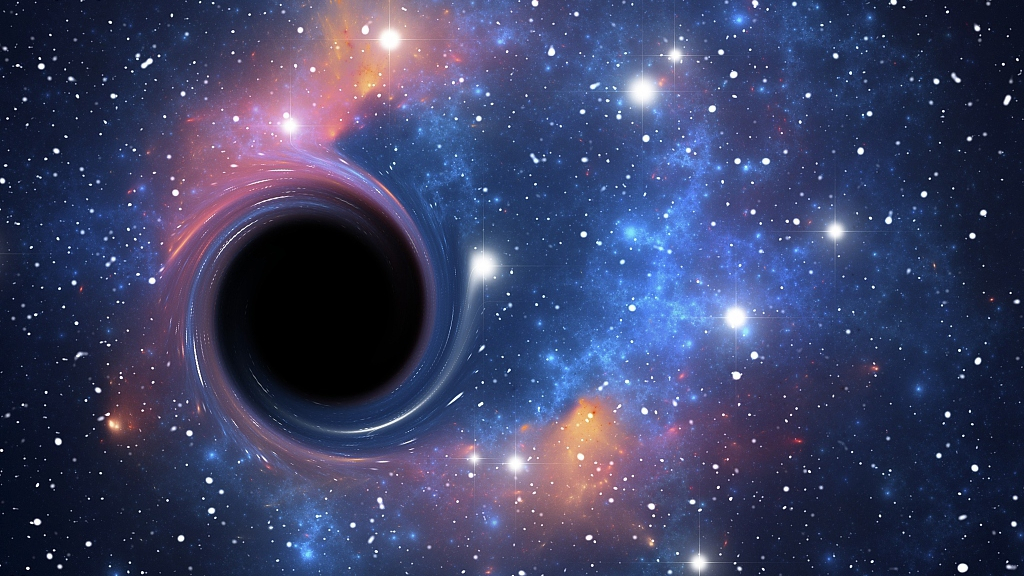 The study published on Wednesday in the journal Nature found that X-ray bursts repeat about every nine hours originating from the center of a galaxy called GSN 069, indicating that the black hole located there is consuming large amounts of material on a regular schedule.

The black hole, about 250 million light years from Earth, contains about 400,000 times the mass of the Sun and it is estimated to consume about four Moons' worth of material about three times a day.

"This black hole is on a meal plan like we've never seen before," said the paper's first author Giovanni Miniutti from the European Space Agency's Center for Astrobiology in Spain.

The data were obtained with NASA's Chandra X-ray Observatory and the European Space Agency's XMM-Newton.

The astronomers have tracked multiple periodic outbursts for at least 54 days, witnessing the flow of matter into the black hole repeatedly speeding up and slowing down. During the outbursts, the X-ray emission becomes about 20 times brighter than during the quiet times, according to the study.

The origin of the X-ray emission is usually a star that the black hole has partially or completely torn apart and is slowly consuming bit by bit, but the consumption of gas from a disrupted star has never been observed to come with repetitive X-ray bursts.

The astronomers gave two possible explanations. One is that the amount of energy in the disk builds up until it becomes unstable and then the matter rapidly falls into the black hole. The cycle would repeat.

Another theory is that the disk and a secondary body orbiting the black hole, perhaps the remnant of the partially disrupted star, interact with each other.