China launched its first blockchain-based scientific data network on Wednesday to facilitate open and secured sharing of research information, which can help track and optimize the publishing process, as well as curb academic fraud, according to the Computer Network Information Center of the Chinese Academy of Sciences. 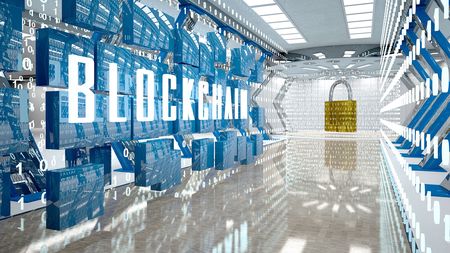 "Scientific data is a strategic resource critical for innovation, security and socioeconomic development," Wang Ruidan, deputy director of the National Science and Technology Infrastructure, said at the network's launch ceremony on Wednesday.

The Open Data Chain network represents a constructive attempt at using blockchain technology on scientific data management, which will promote transparency and sharing of research information and facilitate future studies and innovation.

Liu Jia, the project manager of Open Data Chain, said unlike ordinary data, scientific data is generated and owned by multiple institutions and research teams. When researchers try to access the information, they often encounter issues, such as data authorization, privacy and security, intellectual property protection, data intelligibility and evaluation.

In recent years, some universities and institutions have been exploring blockchain-based solutions to facilitate research data sharing and workflows. Some notable examples include Stanford University, MIT, University College of London, and the San Diego Supercomputer Center.

Liu said blockchain is well-suited to tackle many data-related issues because the technology can create a decentralized, peer-to-peer network holding an immutable record of assets. This is because each "block" of data contains a "hash", a unique identifier of the block that also links to the hash of the preceding block, thus creating a cryptographically connected chain of data.

This blockchained data is then distributed across trusted users, and changing the data will require consensus from the participants, effectively making tampering impossible. Coupled with "smart contracts" and other security methods, users on a blockchain network can safely keep track and manage their data.

Liu said this will help solve some of the biggest issues in scientific data management, namely verifying the truthfulness and attribution of research data.