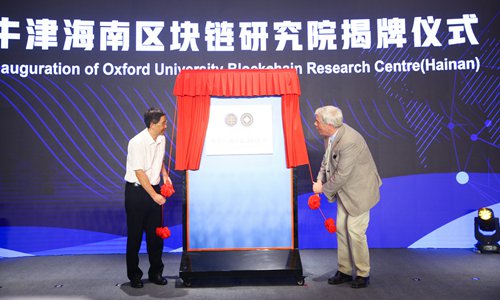 An independently developed identification (ID) system for cities as part of China's smart city infrastructure will be based on blockchain technology, according to an announcement on Sunday.

The ID system was jointly launched by three institutes in Shijiazhuang, North China's Hebei Province, and cities nationwide have been able to apply for their own ID codes since Sunday.

Assigning unique identification to a city is the basis of building smart cities, according to a report sent to the Global Times on Monday by the Zhongguancun Industry & Information Research Institute of Two-dimensional Code Technology (ZIIOT), one of the developers of the system.

The fundamental technology of the system is based on blockchain and it was self-developed by China, Zhang Chao, director of the ZIIOT, told the Global Times on Monday.

China has jumped into the global race of blockchain innovation, which could bring disruptive reform to the existing order, especially in the financial field. Blockchain technology is now used in keeping financial accounts, media reported.

The ID code can realize connectivity and data sharing among cities. Its underlying technology combines blockchain services and smart city construction, which is the latest example of blockchain application, Zhang noted.

"Solving the trust problem has become the core competitiveness of blockchain technology," an independent analyst Mo Hongbo based in Beijing told the Global Times on Monday. "Its power lies in the technology to ensure the establishment of a decentralized, open and transparent trust system, so as to make the digital world as real as the physical world."

Blockchain has been boosted by Chinese top leadership's endorsement, and the average salary in the sector is twice the national average, a report by zhaopin.com, a job-hunting website, said on Monday.

"The decentralized feature of blockchain technology guarantees tamper-resistant data, and two-dimensional codes, or QR codes, guarantee the source of the data uploaded on the chain," said Zhang.

The new ID system combines blockchain and QR code technologies, which secures the authenticity and credibility of the data.

The smart city is a new concept and model that utilizes next-generation information technologies such as the Internet of Things, cloud computing, big data, and spatial and geographic information integration to promote smart urban planning, construction, management, and services, said the ZIIOT.