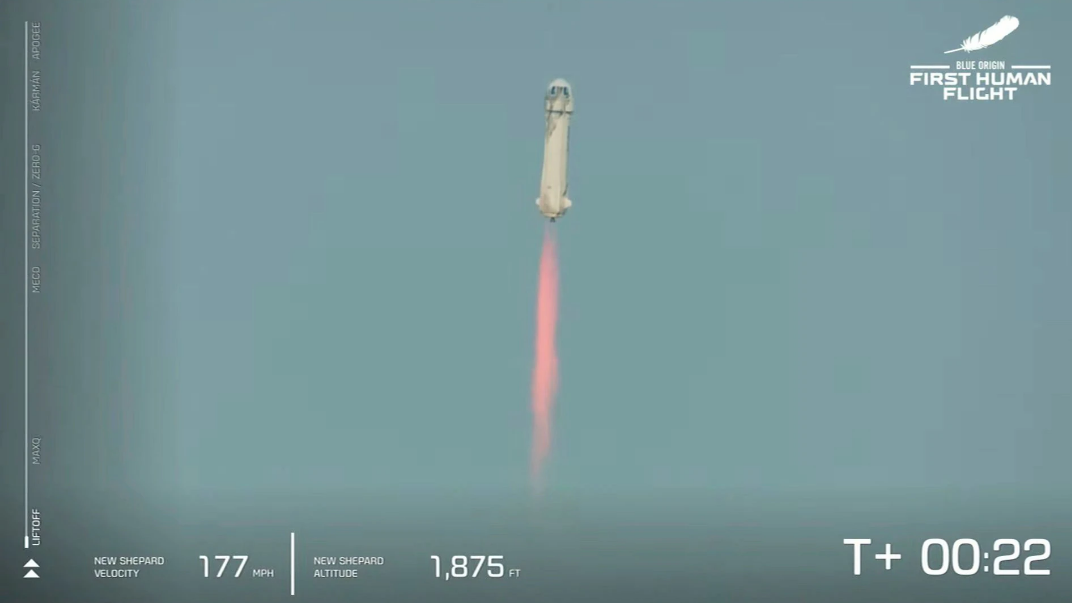 The company's spacecraft New Shepard lifted off at about 8:12 a.m. Central Time (1312 GMT) on Tuesday from its West Texas test site.

The vehicle was launched to an altitude of about 100 kilometers, where the passengers experienced several minutes of weightlessness before returning to the Earth and landing at the West Texas site.

It was New Shepard's 16th flight to space and its first crewed flight.