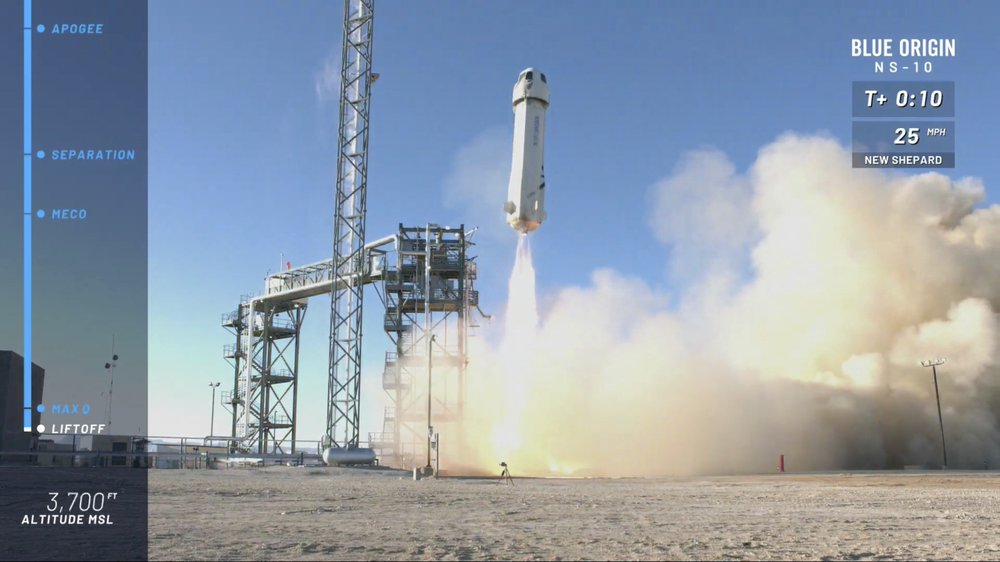 In this image from video made available by Blue Origin, the New Shepard capsule and booster lifts off from the company's site in west Texas. Jeff Bezos' rocket company launched NASA experiments into space on the brief test flight. (Photo: AP)

The New Shepard rocket blasted off from West Texas, hoisting a capsule containing the experiments. The eight experiments were exposed to a few minutes of weightlessness, before the capsule parachuted down. The rocket also landed successfully, completing its fourth spaceflight.

This was Blue Origin’s 10th test flight, all precursors to launching passengers by year’s end. The capsules have six windows, one for each customer. Blue Origin isn’t taking reservations just yet. Instead, the Kent, Washington, company is focusing on brief research flights.

Bezos is the founder of Amazon.