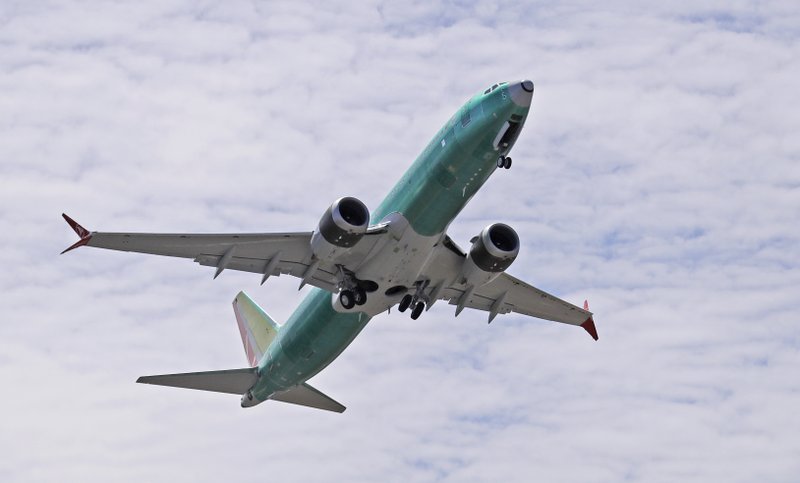 Boeing says it has finished with its updates to the flight-control software implicated in two deadly crashes involving its 737 Max, moving a step closer to getting the plane back in the sky.

Aviation regulators still have more questions about how pilots interact with the plane’s controls under different circumstances, and Boeing says it is providing that information.

The next major step is a certification flight with FAA representatives. That flight has not yet been scheduled.

In crashes in Indonesia and Ethiopia, an automated system called MCAS mistakenly turned the noses of the planes down in response to faulty readings from a single sensor. Pilots were unable to regain control; 346 people died.

Boeing has delivered about 370 Max jets around the world, but they have been grounded since mid-March. That is causing airlines to cancel flights heading into the busy summer travel season. Boeing has disclosed an initial financial hit of $1 billion to fix the plane, and new Max jets are parked at its Seattle-area factory and elsewhere because deliveries have stopped.

Boeing engineers have been working on the software update for more than six months — far longer than they expected — having started shortly after the Oct. 29 crash of a Max operated by Indonesia’s Lion Air. The changes will link an anti-stall feature in the flight-control system to two sensors instead of one and will push the nose down less often and less powerfully.

Chicago-based Boeing said it has flown 207 test flights with the new software.

“We’re making clear and steady progress and are confident that the 737 Max with updated MCAS software will be one of the safest airplanes ever to fly,” Chairman and CEO Dennis Muilenburg said in a statement.

Boeing developed the Max early this decade to compete with a jet from its European rival Airbus that was winning over airline customers with its better fuel efficiency. Critics say Boeing rushed the design of the Max; the company disputes that.

Relatives of passengers killed in the crashes and safety advocates are concerned that the plane could carry passengers again even before investigations into the crashes are completed.

“They are rushing,” said Nadia Milleron, whose daughter, Samya Stumo, was on the Ethiopian Airlines Max that crashed March 10. “That’s the reason that we had this crash. Safety is first; we need to finish the investigations.”

Federal officials say that American Airlines, Southwest Airlines and United Airlines flew tens of thousands of flights with the Max and reported no unusual incidents with MCAS. Boeing has implied that the Lion Air and Ethiopian pilots did not react properly to the plane’s automatic downward pitch of the nose — failing to disconnect MCAS in the first case, flying too fast to control the plane in the second.

The extent of additional pilot training is emerging as a key issue. Boeing believes that computer-based training — the type that could be done on iPads — is sufficient for pilots who know how to fly older versions of the 737, and a panel of FAA pilot experts agrees.

Some foreign regulators and safety experts say pilots should practice responding to the new software in flight simulators — a requirement that would delay the plane’s return by weeks or months.

Any FAA plan to let the Max fly without first requiring simulator training for pilots “makes light of the chain of events that caused these two crashes,” he said, “and will illustrate the FAA’s continued priority for commercial expediency over safety.”