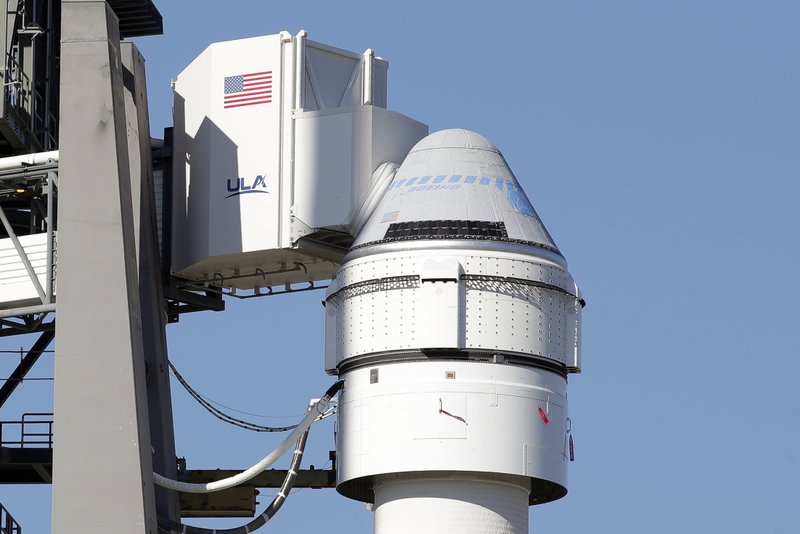 In this Wednesday, Dec. 4, 2019 file photo, a Boeing Starliner spacecraft sits on a United Launch Alliance Atlas 5 rocket at Launch Complex 41 at the Cape Canaveral Air Force Station in Cape Canaveral, Fla. After an intensive review, on Thursday, Dec. 12, 2019, NASA and Boeing managers agreed to a Dec. 20 liftoff. (Photo: AP)

Boeing’s Starliner crew capsule finally has a launch date for its first test flight to the International Space Station.

After an intensive review Thursday, NASA and Boeing managers agreed to a Dec. 20 liftoff.

“Hopefully, we should all be getting an early Christmas present this year,” said Phil McAlister, director of NASA’s commercial spaceflight development.

Just a few technical issues remain to be completed, he noted.

No one will be aboard, just a mannequin named Rosie. Three astronauts will strap in for the second test flight of a Starliner sometime next year.

SpaceX also plans to launch astronauts for NASA next year. The company conducted a test flight without a crew back in March.

NASA turned to the two private companies in 2014 to ferry astronauts to and from the space station.

Whether Boeing or SpaceX, it will be the first time U.S. astronauts rocket to orbit from home soil in nearly nine years. The longer-than-anticipated hiatus stretches back to NASA’s last space shuttle flight in July 2011. NASA astronauts have been stuck riding Russian rockets in the interim.

United Launch Alliance’s Atlas V rocket will provide the Starliner’s lift from Cape Canaveral, a little before sunrise. The capsule will parachute into New Mexico on Dec. 28 to close out the flight.