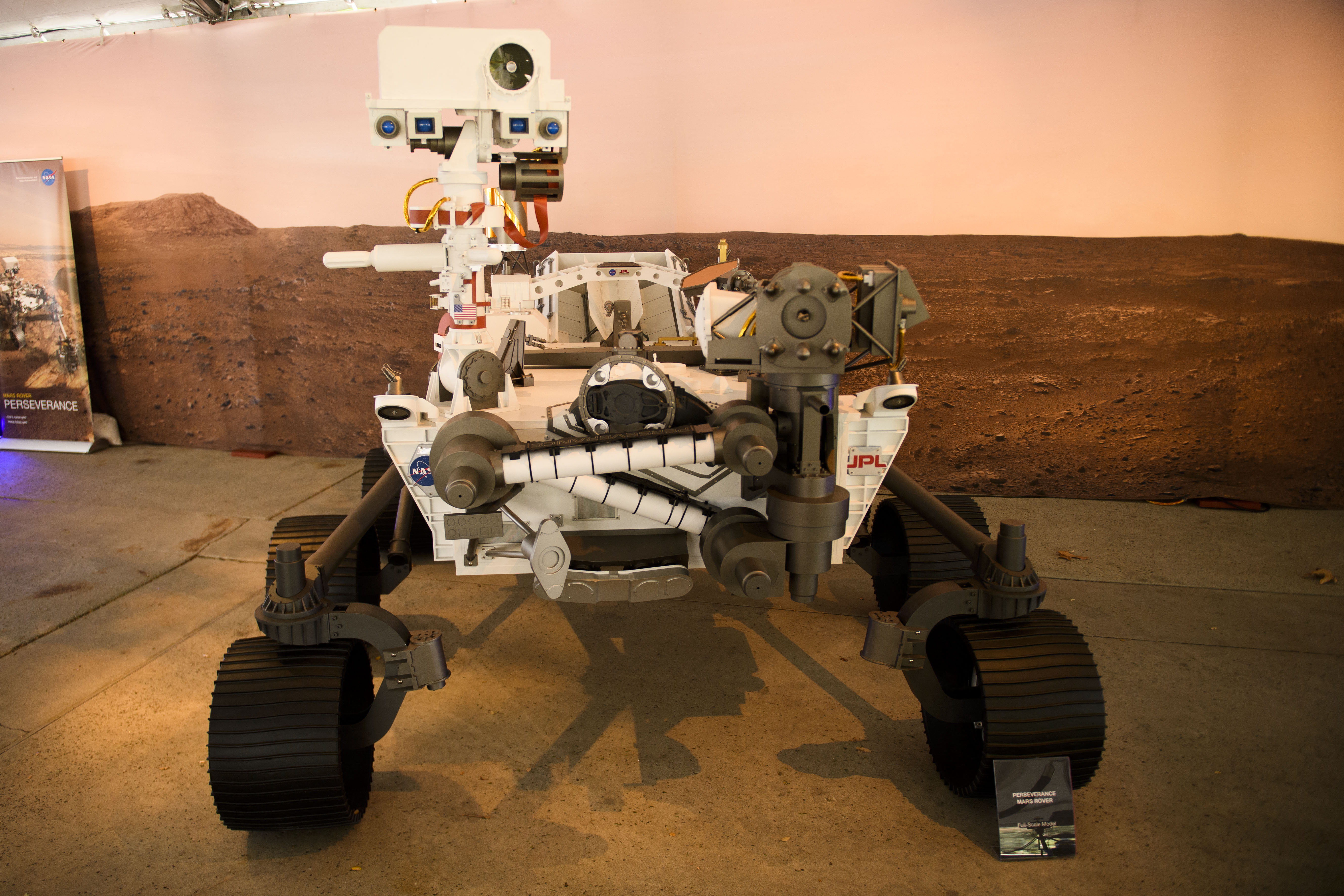 With space agencies successfully landing their probes on the Martian surface, scientists expect a boom in human missions carrying astronauts and space tourists to the planet in the next few decades.

Currently, 10 spacecraft from the U.S., European Union, India, China, and the United Arab Emirates are either orbiting or crawling on Mars' surface. Two more rovers – NASA's Perseverance and China's Tianwen-1 – are expected to land on Mars on February 18 and May 2021, respectively. A Long March-5 rocket, carrying an orbiter, lander and rover as part of the Tianwen-1 mission to Mars, lifts off from the Wenchang Space Launch Centre in southern China's Hainan Province on July 23, 2020. (Photo: AFP)

While NASA has already announced it would send its first human mission in the 2030s, Elon Musk's Space X will send its first crew to Mars by 2026. But the human expedition to the planet will require oxygen, water, and food for survival.

Importing these items from Earth will be expensive as they cost up to $300,000 per kilogram to reach the surface of Mars, estimated a Purdue University study in 2007.

But in a significant breakthrough, scientists showed for the first time that Anabaena cyanobacteria – commonly found in sea plankton on Earth – can be grown with only locally available gases, water, and other nutrients and at low pressure on Mars.

"Cyanobacteria can use gases available in the Martian atmosphere, at a low total pressure, as their source of carbon and nitrogen," said Dr. Cyprien Verseux, lead author of the study.

"Under these conditions, cyanobacteria kept their ability to grow in water containing only Mars-like dust and could still be used for feeding other microbes."

It's not the first time that scientists are using cyanobacteria to sustain life on the Red Planet. For most scientists, it a perfect solution as all plant species produce oxygen through photosynthesis. At the same time, some can fix atmospheric nitrogen into nutrients.

There have been numerous scientific papers explaining in theory how the potential of cyanobacteria could be harnessed on Mars to support life. Still, in reality, excruciating atmospheric conditions prevailing on the planet makes such theories challenging to execute in actual settings.

One of the biggest challenges for growing food on Mars is low pressure, which is below one percent of Earth's atmosphere. And recreating an Earth-like atmosphere would be expensive: gases would need to be imported, while the culture system would need to be robust – hence, heavy to freight – to resist the pressure differences, wrote the researchers in the study.

In order to solve the crisis, researchers have developed a bioreactor called Atmosphere Tester for Mars-bound Organic Systems (Atmos), in which cyanobacteria can be grown in artificial atmospheres at low pressure. 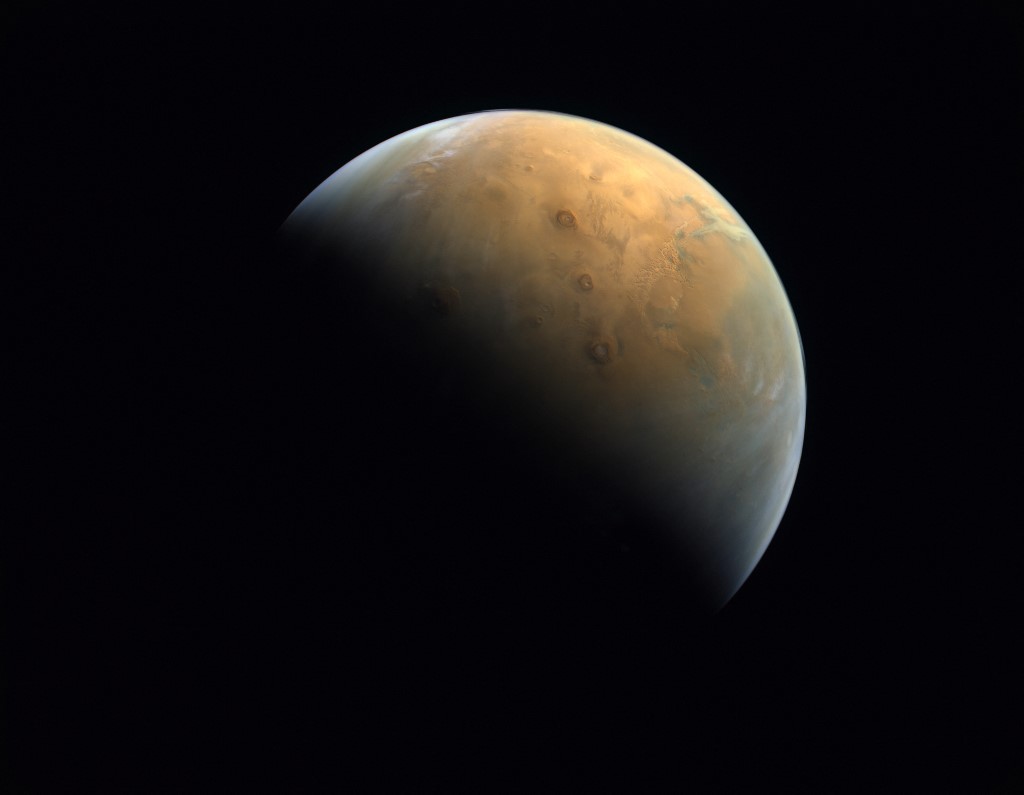 A handout picture provided on February 14, 2021 by the United Arab Emirates Space Agency (UAESA) taken by the Emirates eXploration Imager (EXI) after Mars Orbit Insertion (MOI) on board the First Emirates Mars Mission (EMM) from an altitude of 24,700 km above the Martian surface shows the Olympus Mons, the highest volcano on Mars, and the Tharsis Montes, three volcanoes named (top to bottom) Ascraeus Mons, Pavonis Mons and Arsia Mons. (Photo: AFP)

The bioreactor has nine vessels with a capacity of one liter each to utilize Martian resources, including nitrogen, carbon dioxide, water mined from ice and nutrients like phosphorus, sulfur, and calcium present in the planet's dust.

Researchers were able to grow Anabaena for 10 days under a mixture of 96 percent nitrogen and four percent carbon dioxide at a pressure of 100 hPa – 10 times lower than on Earth.

"Our bioreactor, Atmos, is not the cultivation system we would use on Mars: it is meant to test, on Earth, the conditions we would provide there. But our results will help guide the design of a Martian cultivation system," said Verseux.

But even these bioreactors have to be transported from Earth and transported to Mars. "We can develop a more lightweight structure that is more easily freighted, as it won't have to withstand great differences between inside and outside," Verseux added.