WUHAN -- With the latest laser imaging technology developed by Peter Bennett and his Chinese partners, printing will have a more energy-efficient and environment-friendly future. 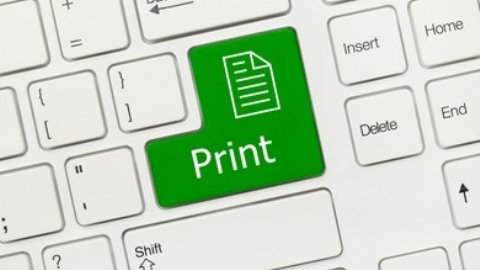 The new technology is called "miracle plate technology," or ultrafast laser imaging technology. Trial production of printing plates will start later this year in China with the use of the technology, said the British printing expert.

However, such a big achievement would be impossible without Bennett's collaboration with his Chinese colleagues as well as the policy and financial support from the Chinese government and institutions.

Bennett earned a PhD in chemistry at Oxford University. He joined the printing plate manufacturing company Horsell Graphics in 1987 and after a 1998 acquisition, left as UK R&D director for Kodak's Graphic Arts joint venture in 2002 to pursue an MBA and establish his worldwide consulting business.

His business in China began in 2006 when he was hired as a printing technology consultant by one of the world's top press manufacturers to support a private company in Zhengzhou, capital of the central Henan province, in developing a Computer To Plate product.

In 2007, he applied for an EU-funded research project, enabling him to do research on ultrafast laser printing technology in collaboration with the laser lab at Liverpool University, where he met Liu Dun, a Chinese PhD candidate in laser application. Liu has been a key research partner of Bennett's ever since.

"Our research has achieved interdisciplinary integration. This is quite necessary for the development of disruptive technologies," Bennett said.

In 2010, Bennett encountered financing difficulty after his research fund ran out. He and Liu decided to go to China where the Computer To Plate market was still in a steep growth phase.

"Liu told me that China's printing industry was expanding quickly. He invited me to come to China, where we might create wonders," Bennett said.

They were drawn to Wuhan, capital of Central China's Hubei province, where the high-tech development zone "Optics Valley of China" is located. The city provides financial support and living subsidies for high-level talent, and the industrial concentration of the city is a key attraction.

"I feel very lucky to participate in the research and development of this disruptive technology," said Liu. "Without international technological cooperation, I might just be working as a teacher or researcher at a university."

Compared with investors in some developed economies, Chinese investors are more open to new technologies and their curiosity is strong, according to Bennett.

In Wuhan, the two would often attend startup events and lectures given by entrepreneurs and professors, which inspired them a lot.

"As a new round of technological and industrial revolutions advance, the printing sector faces an upgrade," said Bennett. "The green, environment-friendly and sustainable technology we have developed will reduce the chemical pollution of the printing process and thus it has broad prospects."