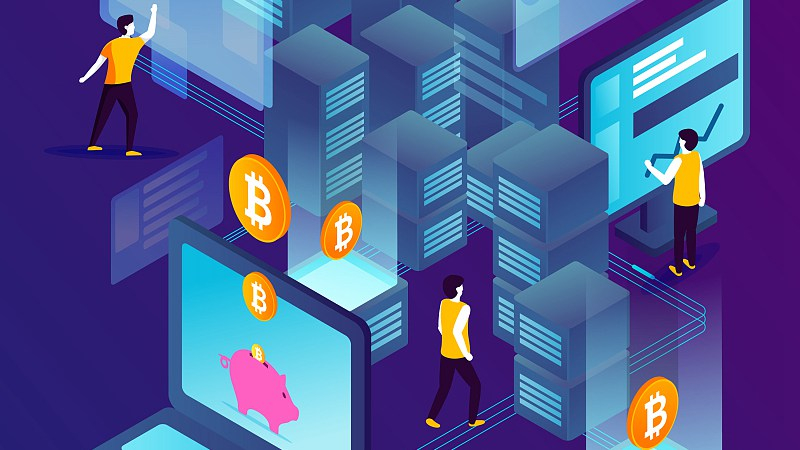 But one major section of the event drew in the crowds even though it's far from physical: the Blockchain Expo.

I watched as a booth run by eToro, self-classified as a leading social trading and investing company, convinced customer after customer to open up a new account with them in exchange for getting free cryptocurrency.

There was no hesitation, because this tech-informed crowd knew the subject well, a far cry from well over 99 percent of the population.

Have you ever made a cryptocurrency trade? Chances are that you haven't.

That's exactly why I decided to visit two San Francisco blockchain startups who are trying to make the technology mainstream.

Blockchain is the technology that drives cryptocurrencies, such as Bitcoin, Ethereum and Litecoin, to name the most popular.

Coinsource is making cryptocurrency trading as easy as putting money into an ATM machine.

They not only provide the machines, but also the extensive platform – complete with armored cars that deliver the fiat currency.

They already have several hundred machines in at least 42 states, including such locations and grocery stores and gas stations.

Coinsource CTO Drew Rasmussen showed me how simple the process can be.

First he taps on the machine's screen and inputs his phone number. He waits for a confirmation code to be sent to his mobile phone, which happens in a few seconds.

He then enters the code and chooses which cryptocurrency he wants to buy or sell, which in this case is Bitcoin.

After scanning a QR code, he enters his money in the machine, and a receipt is printed out. Furthermore a confirmation is sent via text to his phone once the money has been transferred to his previously downloaded digital wallet.

The confirmation typically takes between 15 to 30 minutes.

Contrast that to trying to make purchases online, which can take days and require complicated key codes.

"With a technology like Bitcoin or blockchain which is by its nature very technical, breaking down those barriers for people to utilize and bring it to them through mediums that they are used to such as an ATM, something that they've used all their life," said Rasmussen. "I think in five to ten years, 25 percent or so will be utilizing crypto in some form or fashion. Overall as the technical barriers to understanding and to utilizing it are broken down. It'll become ubiquitous."

The company just launched Brave 1.0, a web browser that is trying to re-invent how internet advertising is monetized.

"If we are doing our job, we don't really have to say blockchain," said Luke Mulks, director of Business Development at Brave. "Look, you want a faster browser that has a cleaner experience, and you want to get something rewarded for attention, this is the browser for you."

The company just launched Brave 1.0, a web browser that is trying to re-invent how internet advertising is monetized.

When someone uses the Brave browser, they receive blockchain-driven reward tokens called BAT for viewing the advertisements.

Users can then use those tokens to tip content creators and charitable causes, or just plain cash out.

The model is such that users are getting 70 percent of the advertising revenue while Brave takes in the rest.

It's unlikely one could make a living surfing on Brave, as normal viewing would result in about five dollars a month.

But the point is to disrupt the traditional model where big companies make most of the money and collect data on the customer.

With Brave, advertisers only see that a user has viewed the ad, but don't get personal details about them.