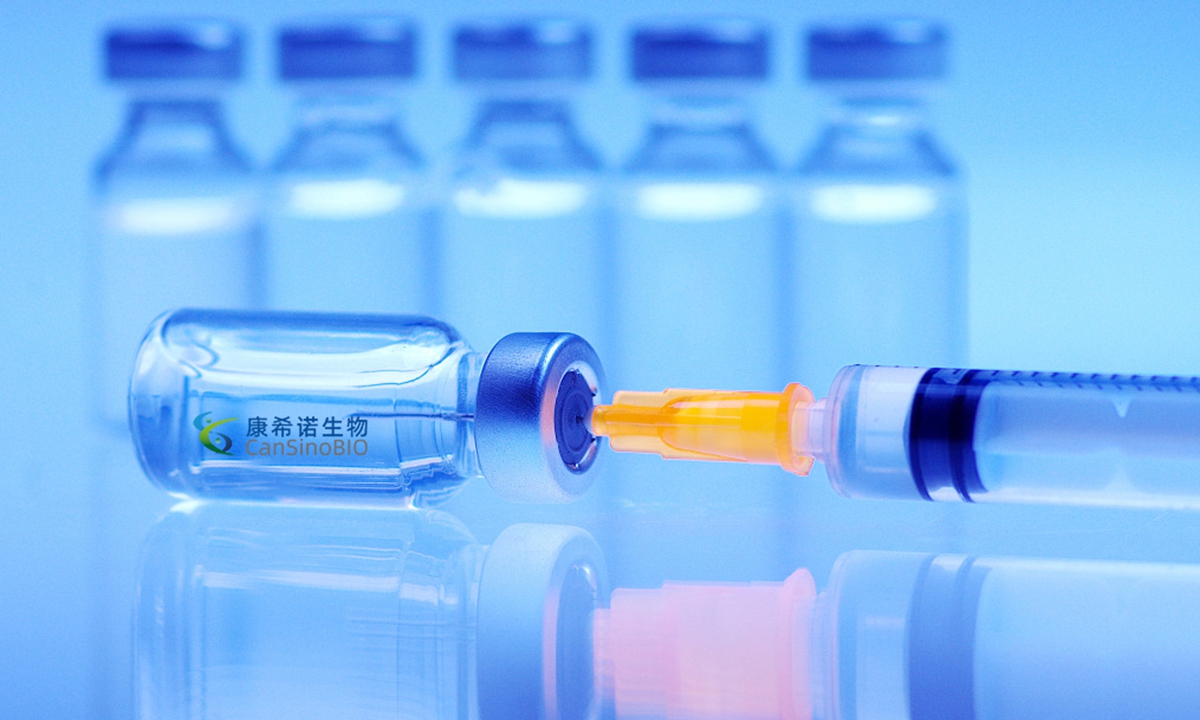 No severe adverse cases related to the vaccine had occurred in trials across the world.

It did not report any serious safety concerns in the trials that finally found 101 confirmed COVID-19 cases among 30,000 volunteers in the placebo-controlled trials.

"A 70 percent effective single-dose vaccine may be more valuable than a two-dose regimen with 90 percent efficacy," the WHO Ad-hoc Expert Group previously said in the New England Journal of Medicine. Under the same efficacy rate and capacity conditions, the single-shot vaccine doubles the amount of people being immunized.

According to CanSino's previous announcement, the Ad5-nCoV has successfully met its pre-specified primary safety and efficacy criteria at the interim analysis.

The Phase III clinical trials of Ad5-nCoV saw more than 40,000 volunteers, aged 18 and above, who were administered with the vaccine in 78 clinical trial sites across five countries in three continents, according to a notice CanSino sent to the Global Times on Monday.

The Ad5-nCoV vaccine is a recombinant adenovirus vector vaccine jointly developed by CanSino Biologics and researchers from the Institute of Military Medicine under the Academy of Military Sciences led by Chen Wei.

Unlike inactivated vaccines, CanSino's vaccine is effective with a single dose and can bring dual protection - humoral and cellular immunity - at the same time.

Ad5-nCoV's Phase II and III trials all involved aged participants and saw no serious adverse reactions, demonstrating that it is safe for the elderly, the Global Times learned from a source close to CanSino on Monday.

The vaccine can be stored and transported at temperatures of between 2 and 8 C, and production does not require biosafety level three laboratories, which is the case with inactivated vaccines. Experts said this makes it more accessible for developing countries with limited facilities.

CanSino's global multi-center clinical trials in countries like Russia, Mexico, Pakistan, Argentina and Chile used uniform standards and organizational plans. Each center had a principal investigator and a contract research organization as partners.