Beijing (People's Daily) - Artificial Intelligence has come a long way since the Dartmouth Meeting over 60 years ago was followed by innovations like Deep Blue, Watson, AlphaGo, and Alphastar.

A seminar at Beijing University heard how humanity and legal governance in the digital era can deal with ethics and morality at a time technology is giving way to artificial intelligence that is faced with multifarious questions on governance.

The discussion at Beijing University with the theme Humanity and Legal Governance in the Digital Era was joined by 19 panelists on November 2. 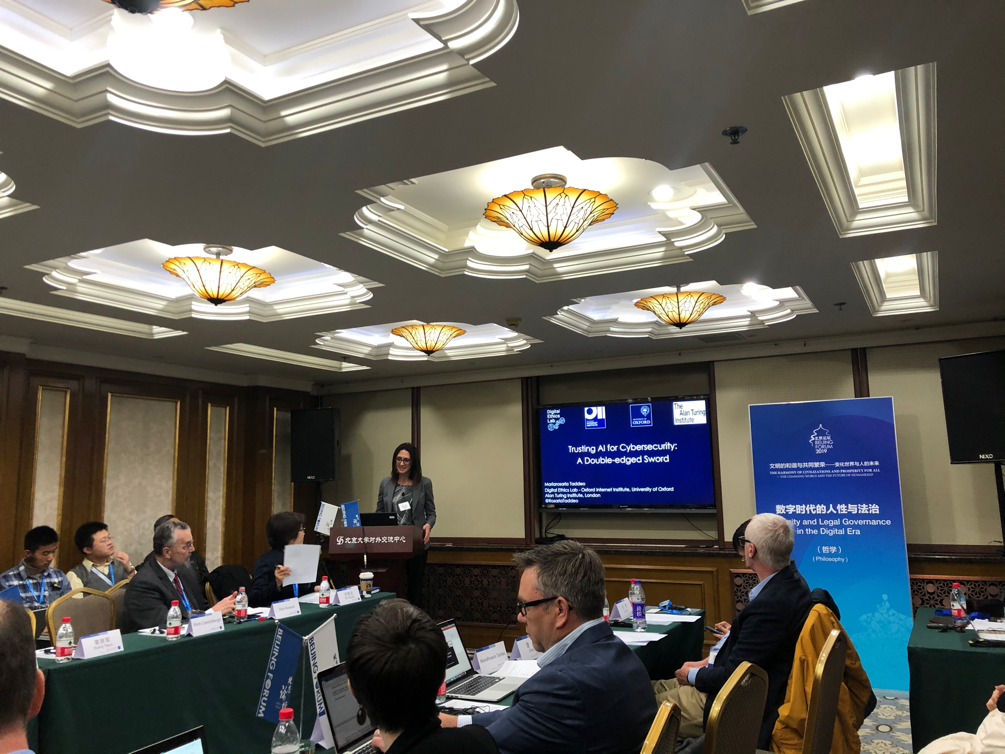 The 1956 Dartmouth conference aimed to proceed on the basis of the conjecture that every aspect of learning or any other feature of intelligence can be so precisely described that a machine can be made to stimulate it.

MariaRosaria Taddeo, research fellow at Oxford University, said AI is an interactive autonomous carrier. It is a growing resource of interactive, autonomous and self-learning agency. AI in cyber security must be reliable (not trustworthy).

In 2018, the European Union passed a law on Artificial Intelligence, making machines responsible for what they do. “Cyber attacks are worse now than they were five years ago, with a 2018 Microsoft study showing that 60 percent of cyber attacks last less than an hour.” said Taddeo. Some people think that Artificial intelligence will help intensify cyber attacks.  However, “once there is a cyber attack, Artificial Intelligence can discover the data. AI has independent responsibility ability, and system resilience. It can monitor the whole system, including the exchange of informationand communication. ”

Peking University Professor Huang Tiejun said , said in his speech — Awesome 2045 — that strong AI may arrive on time, pointing to the consciousness that the new age concept can possess.

According to him, Artificial Intelligence is still 20 or 30 years away from surpassing humans, but partial surpassing, or overtaking humans in a particular field will happen very soon.

The issue of AI ethics and governance, the academic said, is relevant due to the broad use of AI products in our daily life. As the level of intelligence increases, the use of AI products will penetrate deeper into society. Some such products may worsen existing problems while others may bring in new ethical issues.

“We are stepping into an AI era and AI techniques are gradually becoming necessary to human life. We have several images to possible future life, no matter which one, AI Ethics and governance seems to be a more urgent and realistic problem,” Said Wu Tianyue, associate professor at Peking University.