British physicists have simulated the evolution of cosmos based on the "Chameleon Theory", an alternative of general relativity, with the help of a supercomputer. 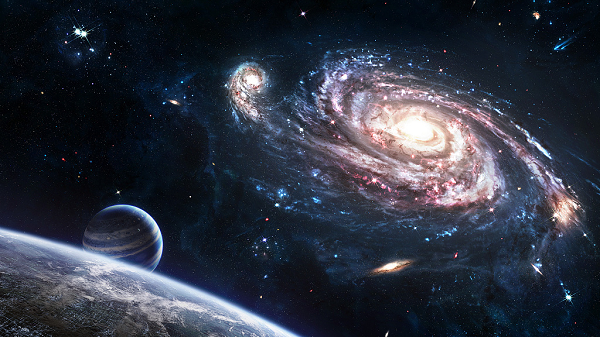 The new finding suggests that the theory of relativity may not be the only way to explain how gravity works in the evolution of the Universe.

The "Chameleon theory" is a new theory of gravity which suggests the effects of gravity can fluctuate following the changes in its environment.

"'Chameleon Theory' allows for the laws of gravity to be modified so we can test the effect of changes in gravity on galaxy formation," said Christian Arnold, a physicist at the Institute for Computational Cosmology at Durham University and co-author of the new study.

"Through our simulations, we have shown for the first time that even if you change gravity, it would not prevent disc galaxies with spiral arms from forming," he added.

This does not mean the general relativity is wrong, "but it does show that it does not have to be the only way to explain gravity's role in the evolution of the Universe," Arnold noted. General relativity was developed by Albert Einstein in the early 1900s, in which gravity is described as a geometric property of space and time.

This research may also help identify dark matter, a hypothetical invisible mass that is believed to have a gravitational effect on galaxies and other bodies.

The research team plans to test their findings through the Square Kilometer Array (SKA), a group of radio telescopes located in Australia and South Africa, scheduled to run by mid-2020.