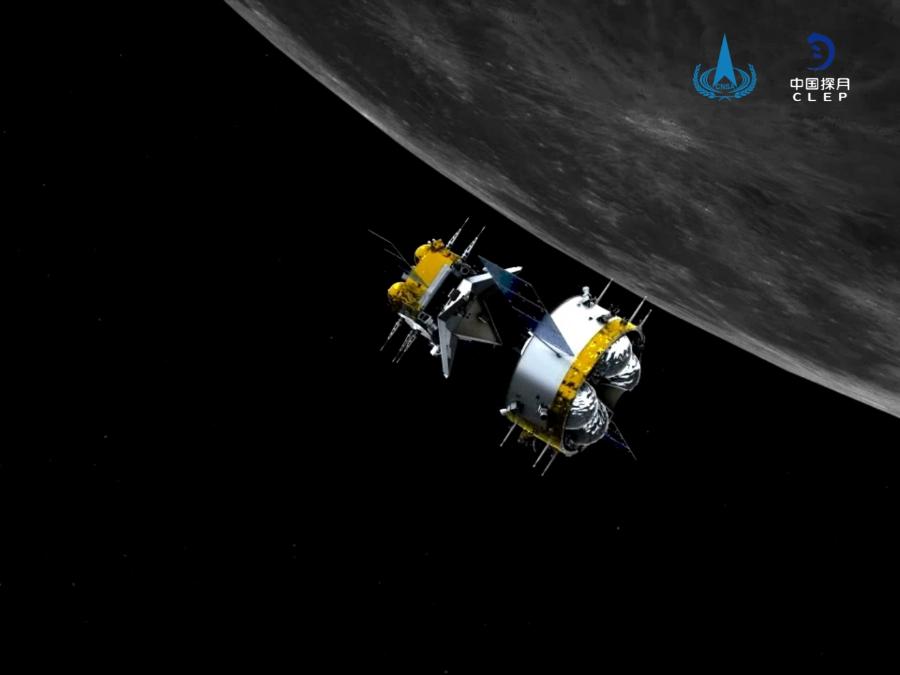 A graphic simulation shows the orbiter and returner combination of China's Chang'e-5 probe after its separation from the ascender. (File Photo: China National Space Administration)

The center on Thursday said the orbiter is 936,700 kilometers from the earth and working normally with stable attitude and balanced power. It will operate in the exploration orbit of L1 Point of Sun-Earth system with orbital period of about six months.

The orbiter had spent about 88 days to move to L1 Point of Sun-Earth system after undertaking two orbit maneuvers and two mid-course corrections under the surveillance and control of the team, He added.

The spacecraft long-term management team is also in charge of daily management of Chang'e-3 lander, the lander and the rover of the Chang'e-4 probe, the relay satellite Queqiao (Magpie Bridge), and Tianwen-1 Mars probe, which are all operating in good condition.

The L1 Point of Sun-Earth system is located on the connecting line between the sun and the earth, about 1.5 million kilometers from the earth. This is the gravitationally dynamic equilibrium point between the earth and the sun.

It is easier for spacecraft to maintain a relatively stable running state and save fuel at the L1 Point of Sun-Earth system, which is also the best position for solar observatory to continuously observe the sun or the sunny side of the earth.