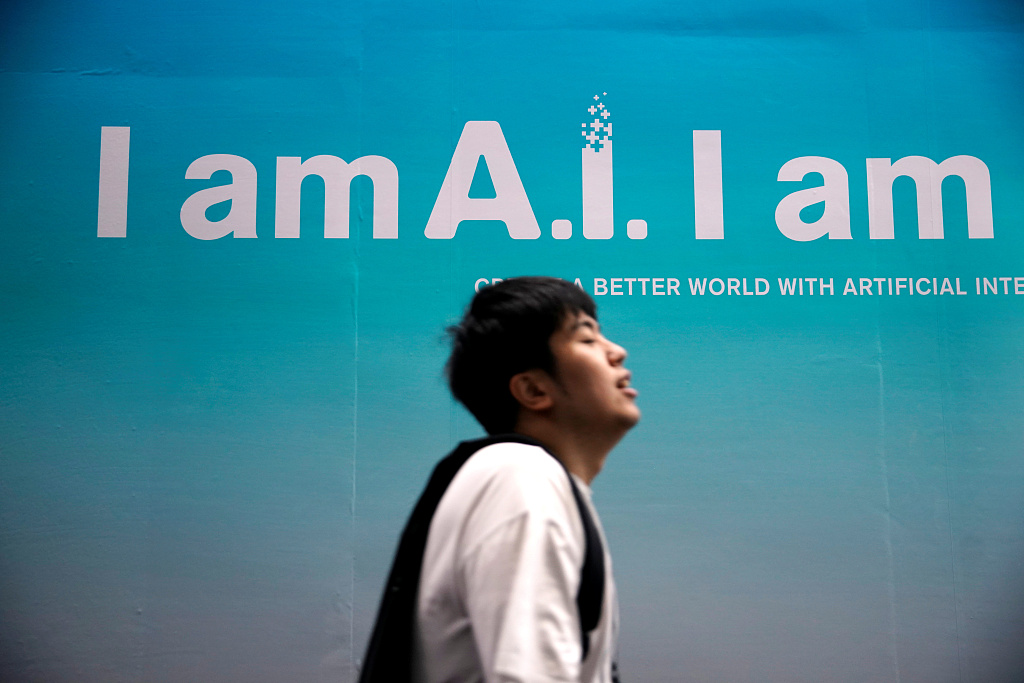 As AI is increasingly seen as a significant source of productivity and opportunities, the discomfort or even pessimism regarding the technology cannot be neglected, said Professor Chen Xiaoping, director of the Robotics Lab at the University of Science and Technology of China.

Last year, Chen was appointed to set up the Professional Committee for AI Ethics under the Chinese Association for Artificial Intelligence (CAAI), China's only state-level AI association, and to draw up AI ethics guidelines.

How do you balance the improved production efficiency brought by automation with the social costs of the unemployed who lose their jobs?

The stronger AI's abilities, the greater the responsibility those using the technology shoulder. What should they ask themselves?

How do you apply AI technology to help solve major social issues such as upgrading industry, an aging population, uneven distribution of resources and unbalanced economic development?

Chen proposed a new task: to develop the entire system of AI ethics, with ethical guidelines and a set of operating mechanisms to realize them.

At the Global AI Technology Conference in Nanjing, Jiangsu Province, in May, Li Deyi, CAAI director and Academician of the Chinese Academy of Engineering, said he had great expectations for the AI Ethics committee and was expecting contributions from overseas experts.

Professor Osamu Sakura, of Japan's University of Tokyo and Center for Advanced Intelligence Project, RIKEN, said attitudes to autonomous technologies, including AI and humanoid robots, differ between East and West. Comparative research should be conducted in East Asian cultural areas.

Wendell Wallach, a leading AI ethics expert in the United States, said self-driving cars provide a good metaphor: technology is moving into the driver's seat as a primary determinant of human destiny, and people need to think more about the tradeoffs entailed in AI technologies.

Wallach, of Yale University's Interdisciplinary Center for Bioethics where he chairs technology and ethics studies, said an International Congress for the Governance of AI is to be held in April 2020 and he looked forward to the participation and engagement of Chinese researchers.

Chen shared his opinion on drafting ethics rules, suggesting the guidelines should play a role on three levels.

The upper level is the basic mission of AI, which will remain unchanged for a long time.

The middle level is ethical rules, guided by the mission. When ethical rules are applied to specific AI applications, these are the basic level, the compulsory codes of practice, including technical norms, product standards, and industry regulation.

Chen said the mission of AI ethics should be about maximizing benefits, rather than just put restraints on what can be deployed. It's about directing the technology to improve the condition of all humanity and reducing risks and undesirable consequences, especially solving major social issues.

Jeroen van den Hoven, professor of ethics at Delft University of Technology in the Netherlands, said he and Wallach agreed the US and Europe should have more communication and cooperation with China in AI ethics research.

Given the important role of AI in the lives of all humanity, international collaboration is going to be essential, said van den Hoven.