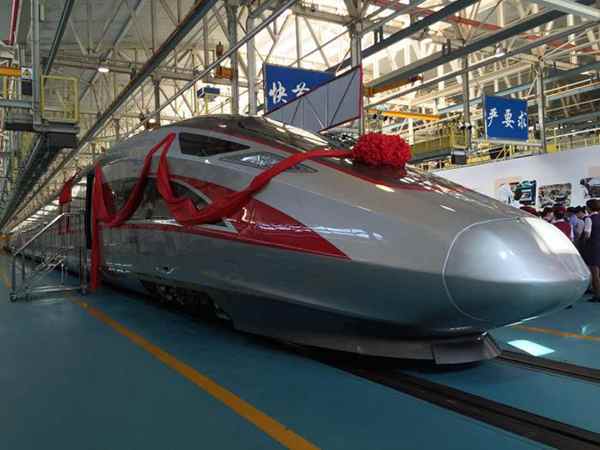 Chinese scientists are eyeing new breakthroughs in the high-speed train technology, two years after the launch of the self-developed 'Fuxing" bullet train.

Construction work for the high-speed railway line linking Beijing and the northern Chinese city of Zhangjiakou has been completed.

The railway line was built in preparation for the 2022 Winter Olympics as the event will be jointly hosted by the two cities.

It will be put into operation by the end of the year.

An autonomous technology, which enables the train to start, operate, stop and open autonomously, will be used in trains running on the railway line.

The same technology has already been put into use in the Beijing-Shenyang high-speed railway, with a test speed of 350 kilometers per hour.

Zhang Kai is one of the drivers.

"Before, I have to operate, check and confirm the procedures. But now, I'm just part of a backup system. Technology is working and I supervise."

Zhao Hongwei is a leading researcher at the Chinese Academy of Railway Sciences.

He says the maintenance of high-speed railways will also become more and more intelligent in the future.

"Now we do the maintenance work regularly. In the future, we just need to do repairing work when problems appear. The intelligent system will let us know timely when the train needs to be repaired."

At the beginning of this year, the first Fuxing bullet train with a speed of 160 km per hour started operation.

Fuxing bullet train with a speed of 250 km per hour is expected to be launched by the end of this year.

Yao Jianwei is with the Chinese Academy of Railway Sciences.

"Now we are able to produce the Fuxing bullet train. But we still need to strengthen our national soft power. We should actively take part in making international standards, to improve our ability."