China chip self-sufficiency up the agenda with maximum of 10-year tax exemption: analyst 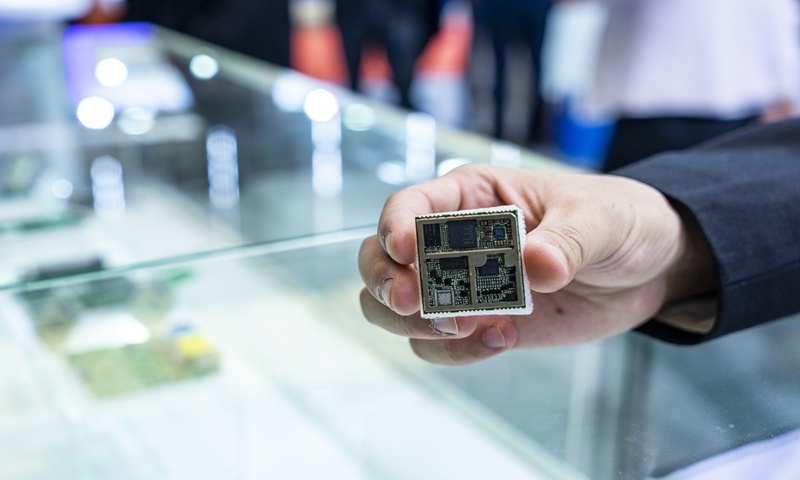 An employee showcases a semiconductor integrated circuit at an industry expo. (Photo: VCG)

China has rolled out a maximum 10-year tax exemption for integrated circuit industry on Wednesday, a move signalizing China's aim to be self-sufficient in the IC industry if faced with a tech-decoupling threat from the US, experts said.

Four Chinese Ministries on Wednesday have together published a list of incentives that would give qualified domestic IC manufactures a maximum of 10-year tax exemption from 2020 in a bid to encourage domestic semiconductor development and production, an announcement on the website of China's Ministry of Finance showed.

It is the first time that China has rolled out such a large-scale and comprehensive tax cut that covers the entire IC industry, Xiang Ligang, director-general of the Beijing-based Information Consumption Alliance told the Global Times on Thursday.

"The introduction of this national-level policy sends a clear signal of China's determination to development of the domestic chip industry facing the tech decoupling threat from the US," Xiang said.

In a new move to curb the development of Chinese chip industry, the US Department of Defense has added Chinese major chipmaker SMIC to a list of companies claimed to be linked to the Chinese military earlier this month.

Xiang expects with China's push to boost local chip industry it can replace foreign supplies in most of the chip manufacturing fields in five years.

"The national wide incentive is expected to drive more capital and talents to the semiconductor industry. In this context, it is expected that in the next five years, China can be self-sufficient and get rid of the US tech block," he said.