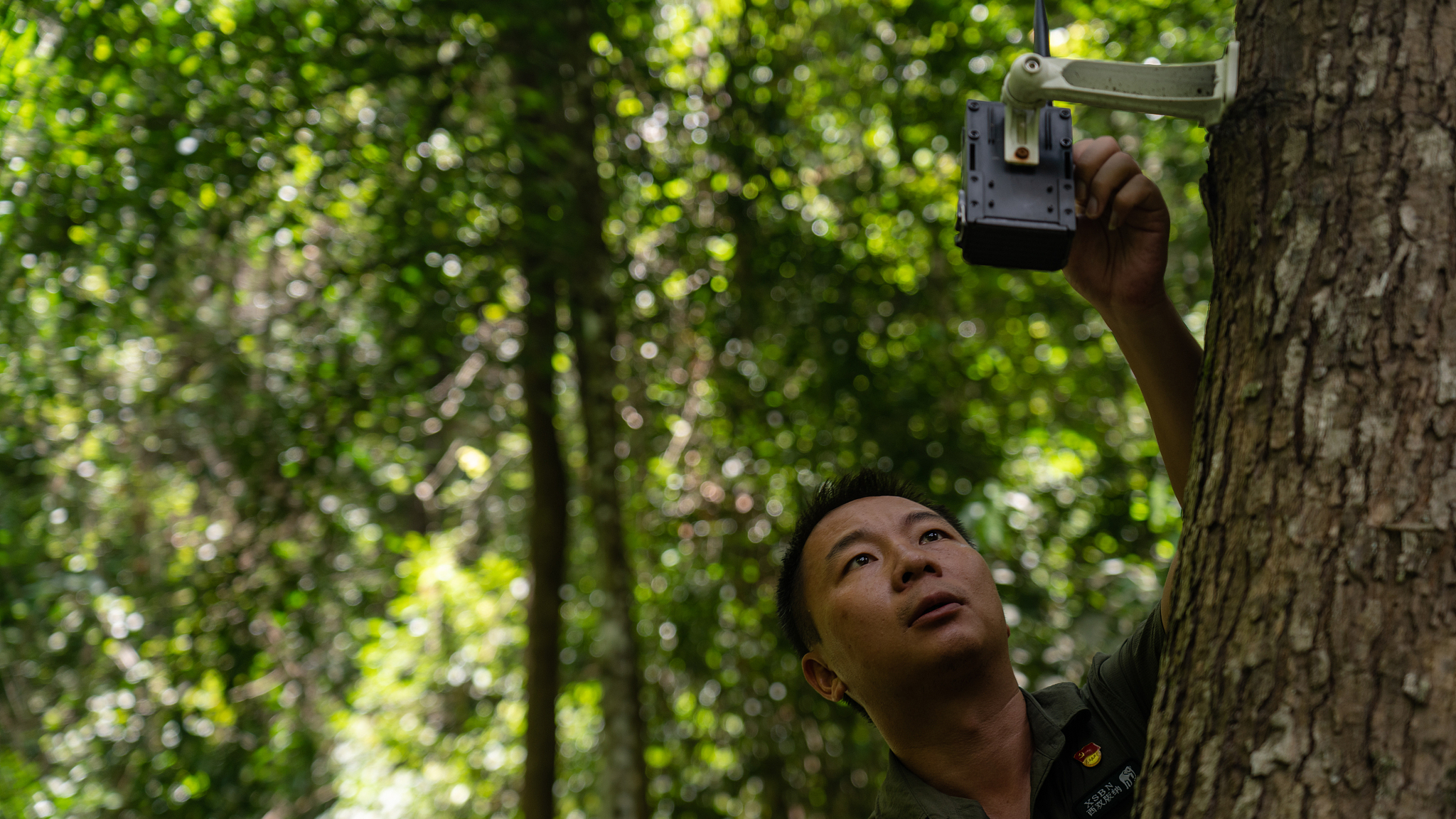 China has been working on its national observation network for biodiversity protection in recent years, with an ever-improving monitoring system taking shape across the country's major nature reserves.

The database of biodiversity has been enriched by multiple types of upgraded equipment, such as infrared cameras being applied in the wild to record the real-time images of animals.

The infrared cameras recently captured traces of the rare bird called the Lophophorus sclateri in the Gaoligong Mountain National Nature Reserve of southwest China's tropical province Yunnan, offering the reserve a concrete record of the species' existence for the first time.

A ranger at the reserve spotted the bird in the area a decade ago yet was unable to document his observation, but said he appreciates the installation of the infrared cameras which helped his team to finally capture a sighting of the bird.

"In the past, we didn't have the infrared cameras. Although we could see the excrement and feathers left by them during our routine patrolling sometimes, we never got to take any pictures or videos of them," said Li Shaoming, a staff member of a local protection and management station at the reserve.

In 2018, 50 infrared cameras were equipped in the area to observe the movements of Lophophorus sclateri which lives in the over 3,200-meter-high altitude of China's Yunnan Province and Tibet Autonomous Region, and is on the country's first-class national protection list as well as the IUCN Red List of Threatened Species.

An infrared imaging system covering the major habitats of China's rare species started construction in 2016, and was sponsored by the Ministry of Ecology and Environment and contributed jointly by 40 research institutes, universities and nature reserves. So far, 74 infrared-camera-supported observation zones have been established across China under the program.

"The biodiversity monitoring is divided to separately observe four different species groups, respectively birds, amphibians, mammals and butterflies. Meanwhile, there have been 13 technical guidelines for biodiversity observation published, which set a series of standards for the construction of observation plots, the observation methods, data collection and data analysis. An internationally influential observation network of China has been preliminarily formed," said Liu Yan, the director of the Research Center of Biodiversity Conservation and Biosafety under the Nanjing Institute of Environmental Sciences.

China has built up a national biodiversity observation network consisting of 749 observation plots, with over 700,000 pieces of raw materials delivered to the database for the estimation and planning of the biodiversity protection measures.