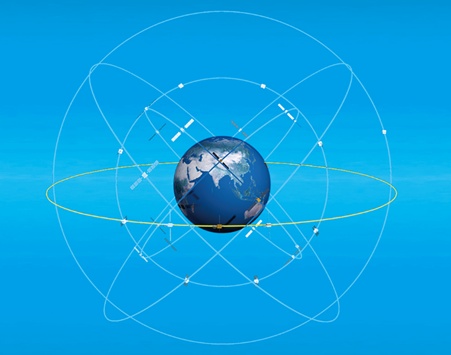 The last BeiDou Navigation Satellite-3 constellation satellite, also the 55th of the BeiDou satellite family, was successfully launched on board a Long March-3B rocket at the Xichang Satellite Launch Center in Southwest China’s Sichuan Province at 9:43 am on June 23.

The full deployment of the BeiDou Navigation Satellite System (BDS) constellation, accomplished six months ahead of schedule, has come to a successful closure and drawn worldwide attention.

In a video message, the United Nations (UN) Office for Outer Space Affairs congratulated on the complete deployment of the BDS constellation, acknowledged the BeiDou system’s role in promoting the world’s social and economic development, and praised its significant contributions to the peaceful use of outer space and international cooperation, such as UN activities in outer space.

The final launch went through twists and turns. Due to the failures of two previous launch missions, the entire procedure was rechecked for times, and the launch time was postponed from May to June. Then the launch scheduled for June 16 was delayed again after technical problems were found in pre-launch tests.

The final satellite is a geosynchronous earth orbit satellite, and will undergo a series of in-orbit tests before it is commissioned. Comprehensive tests for the entire BDS system will be conducted to ensure reliable operation and outstanding performances of the system.

Upon the completion of the tests, BDS will provide all-time, all-weather and high-precision positioning, navigation and timing services for users as well as the services of satellite-based augmentation, short message communication, precise point positioning and other characteristic services.

The BDS construction was initiated in 1994. Over the past 26 years, China has conducted 44 BDS launch missions at Xichang Satellite Launch Center. By using launch vehicles of Long March-3A series, the country has launched 4 BDS-1 experimental satellites, 55 BDS-2 and BDS-3 constellation satellites into predetermined orbits without failure.

It is worth noting that an intensive campaign of 18 launch missions was carried out within two and a half years since the global constellation deployment started in 2017.

With strong support from telemetry, track and command, ground operation, inter-satellite link management, application validation and other subsystems, all in-orbit satellites previously launched have been commissioned.

The past three decades and more have witnessed the explorations and practices of three generations of devoted BeiDou engineers, who have gone through a whole process including program demonstration, implementation, dual-satellite positioning service, regional constellation deployment, and global coverage provision.

Relying on themselves, they have blazed a trail of innovation and self-transcendence, and succeeded in building BDS, an aerospace system that has the largest scale, the vastest coverage, the highest service standard and the closest relevance to daily life of the people in the history of China.

The BDS is also the first major Chinese aerospace infrastructure that provides public services worldwide. As China’s great contributions to the development of global satellite navigation, it has provided more options for the people around the world with better and more precise spatial and temporal services, and gained valuable experience for the modernization of China’s major scientific and technological program management.

Today, BDS is used in more than half of the countries in the world. It will continue to participate in international satellite navigation affairs, push forward the multi-system compatibility and sharing, carry out international exchanges and cooperation, promote its international applications according to the needs of the global users, and share the latest BDS development achievements.

By 2035, China will build a more advanced, ubiquitous, integrated and more intelligent comprehensive positioning, navigation and timing system, which will offer more powerful abilities for spatial and temporal information services, and make greater contributions to the further exploration of mankind.