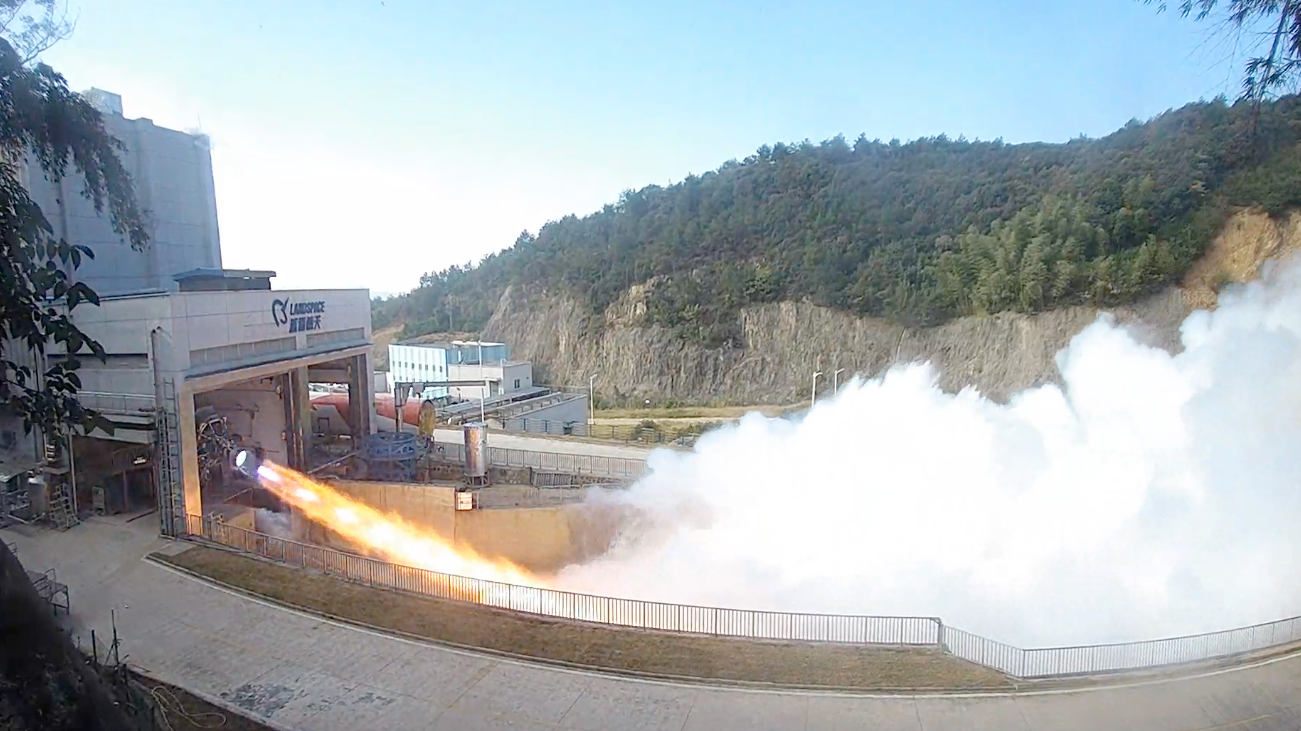 China has completed a test of its largest-thrust vacuum liquid oxygen-methane engine, which was designed for use on a commercial rocket, the engine maker said Thursday.

Developed by the Chinese private rocket company LandSpace, the engine, coded TQ-15A, has a vacuum thrust of up to 836 kilonewtons. It will be used as the second-stage main engine for the second batch of the company's ZQ-2 rocket, which can carry a payload of at least 6 tonnes to low-Earth orbit.

The engine operated stably throughout the full-system test, achieving the design goal, the company said.