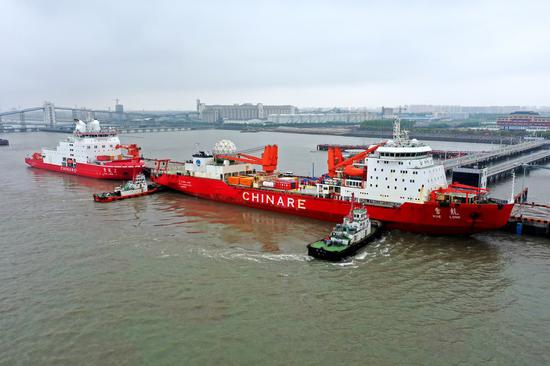 Two icebreakers participated in the 174-day Antarctic expedition, with the Xuelong 2 arriving in Shanghai six days ago.

This is the second time that China has sent two icebreakers to the Antarctic since the 36th polar expedition.

The scientific venture involved a range of tasks, including the replenishment of materials and staff rotation at China's Zhongshan Station and Great Wall Station in the region, as well as marine observations and oceanic ecosystem investigations.

The two vessels carried a total of 255 researchers taking part in the expedition.