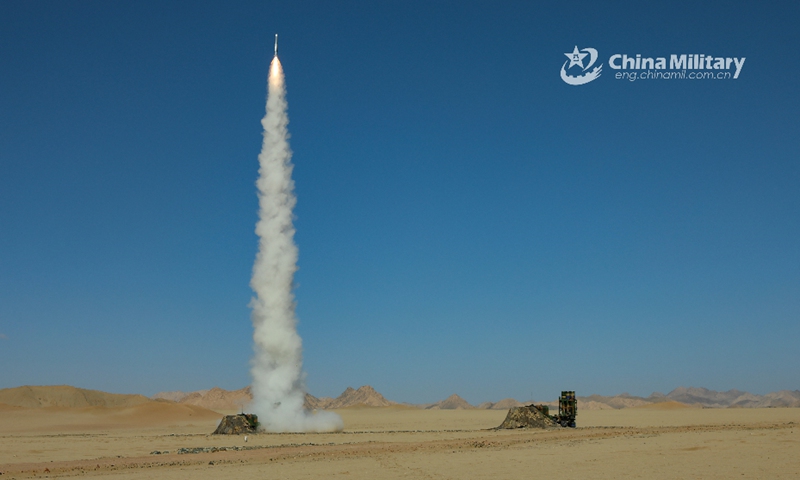 An HQ-16 medium-range air-defense missile system attached to an air defense brigade under the PLA 77th Group Army launched a rocket into the air at a military shooting range in desert area in late August, 2020. (eng.chinamil.com.cn/Photo by Hu yonghui)

China conducted a ground-based midcourse antiballistic missile test on its territory Sunday night, which achieved its intended purpose, according to the Chinese defense ministry.

The test is defensive and did not target any country, said the ministry.