TECH China continues to claim most supercomputers on Top500 list

China continues to claim most supercomputers on Top500 list 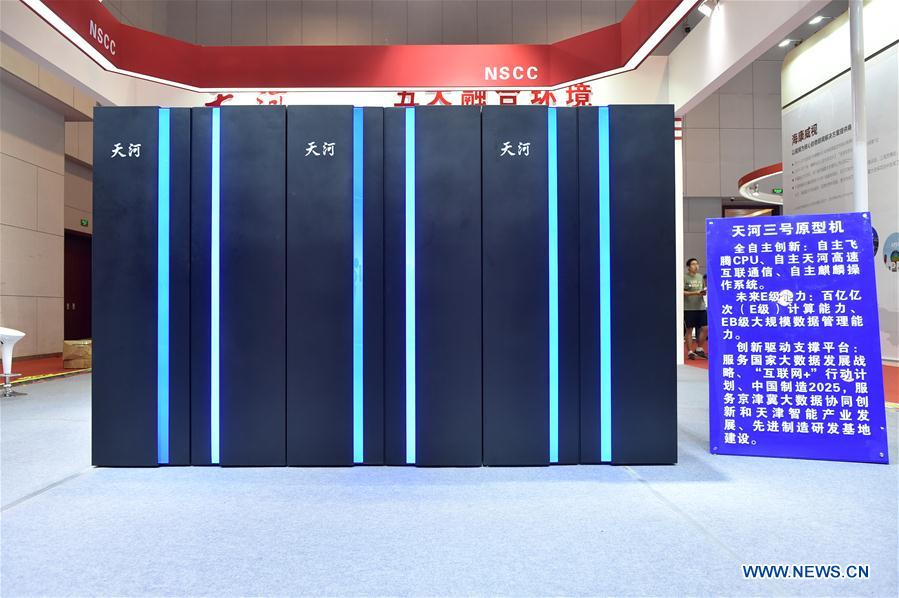 Photo taken on May 17, 2018 shows the prototype of Tianhe-3, a supercomputer capable of at least a billion billion calculations per second, during the 2nd World Intelligence Congress in North China's Tianjin. (Photo: Xinhua)

China continues to dominate a list of the world's fastest supercomputers by the number of systems, according to a semi-annual ranking of the Top500 published Monday.

China tops the supercomputer list with 219 systems, or 43.8 percent of the total, followed by the United States with 116, and Japan ranks third with 29 systems, followed by France, Britain and Germany, according to the ranking.

Major Chinese supercomputer vendors all improved their shares from six months ago. Lenovo claims the greatest number of systems on the list with 173, followed by Inspur with 71, and Sugon with 63.

A petaflop is a quadrillion floating-point operations per second. The Summit delivered a record of 148.6 petaflops on the High Performance Linpack (HPL) test, while the Sierra system remains unchanged at 94.6 petaflops.

China's Tianhe-2A (Milky Way-2A), deployed at the National Supercomputer Center in Guangzhou, remains the number four on the list, achieving an HPL result of 61.4 petaflops.

Frontera, a U.S. system installed at the Texas Advanced Computing Center of the University of Texas, is fifth-ranked and also the only newcomer in the top 10.

For the first time in the 26-year history of the ranking, all systems that made the list are petaflop systems.

Among the listed systems, those in the United States are on average more powerful, allowing the country to maintain its lead in overall HPL capacity, with 38.4 percent of the aggregate list performance. China comes second, with 29.9 percent of the total.

The top 500 list is considered one of the most authoritative rankings of the world's supercomputers. It is compiled on the basis of machine performance on the Linpack benchmark by experts from the United States and Germany.

The Linpack benchmark is a software library for performing numerical linear algebra on digital computers, used to measure a supercomputer's real performance in practical use.