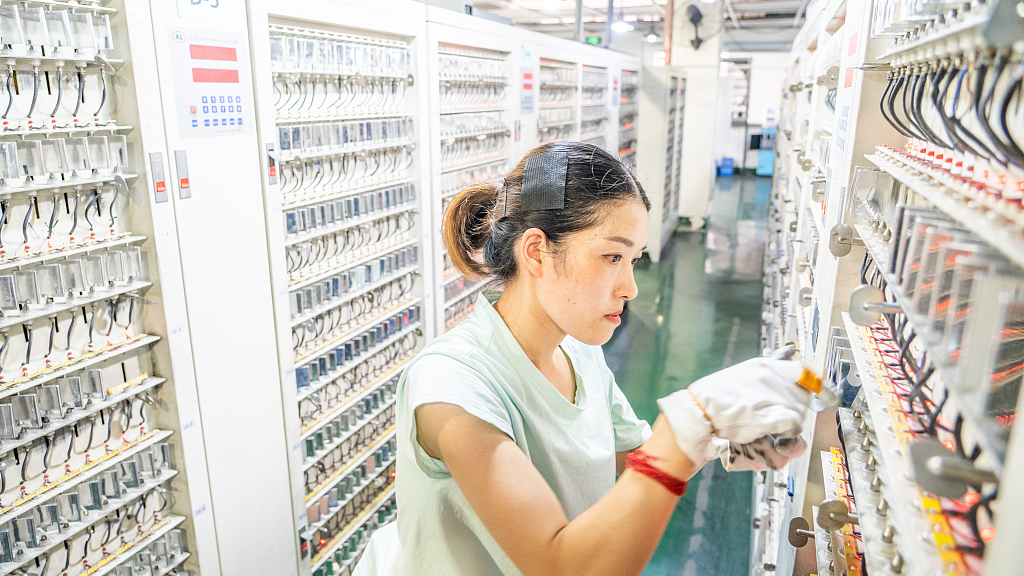 Chinese researchers have recently developed a new type of lithium metal battery with 3D printing technology, significantly improving the battery's lifespan and energy density, according to the Dalian Institute of Chemical Physics under the Chinese Academy of Sciences.

Lithium metal batteries are expected to be the next-generation of high-energy batteries due to their potentially high energy density. But the bottlenecks, such as lithium dendrite growth and low Coulombic efficiency, which result in poor cycling efficiency and low energy density, have limited its applications.

The researchers from the institute use 3D printing technology to make titanium carbide-based scaffolds for lithium metal to deposit as the cathode, which achieves an outstanding areal capacity of 30 milliampere hour per square centimeter and a cycle lifespan of over 4,800 hours without producing lithium dendrite.

The 3D printed anode was made by porous lithium iron phosphate (LiFePO4) lattices with mass loading reaching 171 mg per square centimeter, effectively improving the electrochemical performance of the battery.

This technical route offers a viable strategy for developing batteries with long lifespans and high energy density, according to the study.

The study was published in the journal Energy Storage Materials.