Chinese researchers have developed an optic fiber that can carry 30 billion phone calls simultaneously, making the country one of the leaders in the ultra-high speed data transmission field. 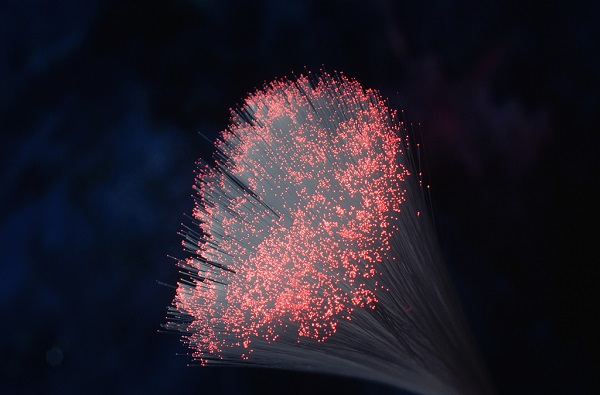 The transmission rate is said to have reached 1.06 petabyte per second, almost twice as fast as the previous limit of 560 terabytes per second achieved by the researchers in 2017.

The experiment was recently carried out by researchers at the national key laboratory of optical fiber communication technology and network in Wuhan, Central China's Hubei Province.

The experiment is a breakthrough in the domain of "ultra-high capacity, ultra-long distance and ultra-high speed" optical communication, stated a press release sent to the Global Times by the State-owned telecommunication giant China Information and Communication Technologies Group Corp (CICT), which funded the experiment.

"As data communication shows explosive growth, there is massive pressure on existing infrastructure networks. The 'three ultra' optical transmission provided a solution, and an adequate foundation for the coming 5G era," He Zhixue, a PhD researcher with the laboratory and a leading member for the experiment, told the Global Times.

He predicted the market demand for the three-ultra optical transmission will skyrocket in five to 10 years.

A new homegrown chip made from silicon-based material was also used in the experiment. It transforms electrical signals into optical signal at the sending end and returned them to electrical ones at the receiving end, according to the researcher.

He noted that the transmission capacity achieved during the experiment indicates the country has entered the top five in the field.