BEIJING, Feb. 14 (Xinhua) -- Chinese researchers are celebrating a breakthrough in the development of an unmanned semi-submersible vehicle that can launch a rocket to perform weather observations at sea. 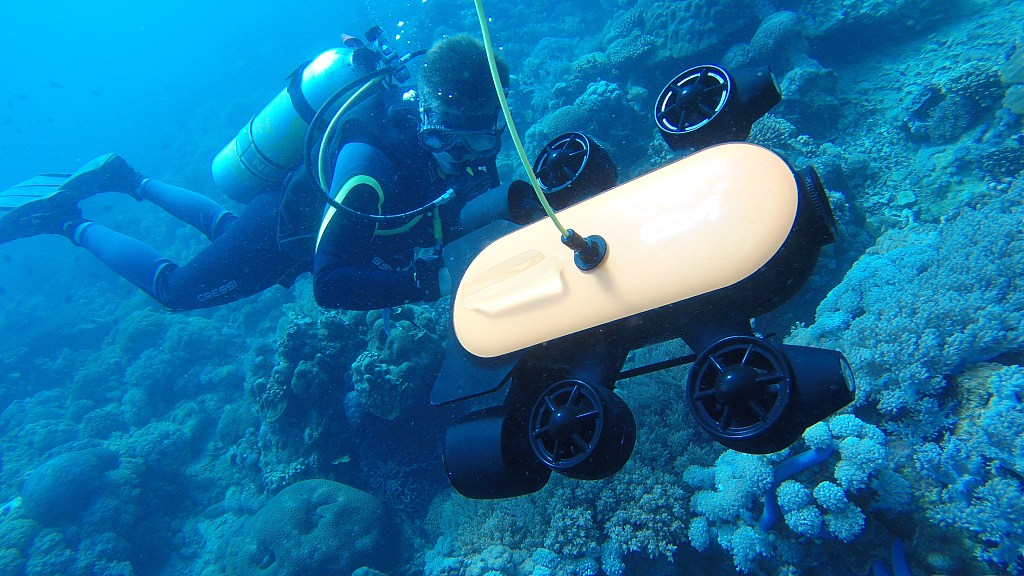 Developed by the Institute of Atmospheric Physics under the Chinese Academy of Sciences, the unmanned submersible has passed a series of river and sea trials and successfully launched instrument-carrying rockets to obtain meteorological data in real-time over a wide area of the ocean that previously could not be monitored by traditional methods.

The results were recently published in the journal Advances in Atmospheric Sciences as a cover story.

According to lead author Chen Hongbin, traditional observation platforms to obtain meteorological and oceanographic data are ships, buoys, satellites and aircraft. However, they have limitations, such as high costs, poor endurance and inflexibility. The data collected by these platforms is always patchy and unreliable for research.

In 2016, to obtain long-term and real-time data, especially in remote areas or under severe sea conditions, researchers developed a new autonomous marine meteorological observation platform. It is an unmanned navigation vessel that can travel submerged, with only the equipment compartment exposed above the waterline. Such a structure can minimize the effect of waves on the vehicle, making it very stable, said Chen.

From May 2016 to May 2017, researchers conducted a series of trials, including launching meteorological rockets that can fly up to 8,000 meters into the atmosphere. They obtained real-time data including sea surface temperature, humidity, wind speed and wind direction, which are important for ocean research.

The structure and performance of the unmanned semi-submersible vehicle have been validated by these trials.

"The unmanned semi-submersible vehicle is an ideal platform for marine meteorological environmental monitoring, and the atmospheric information provided by the weather rockets launched from this platform can improve the accuracy of numerical weather forecasts at sea and in coastal zones," co-author of the study Li Jun said.